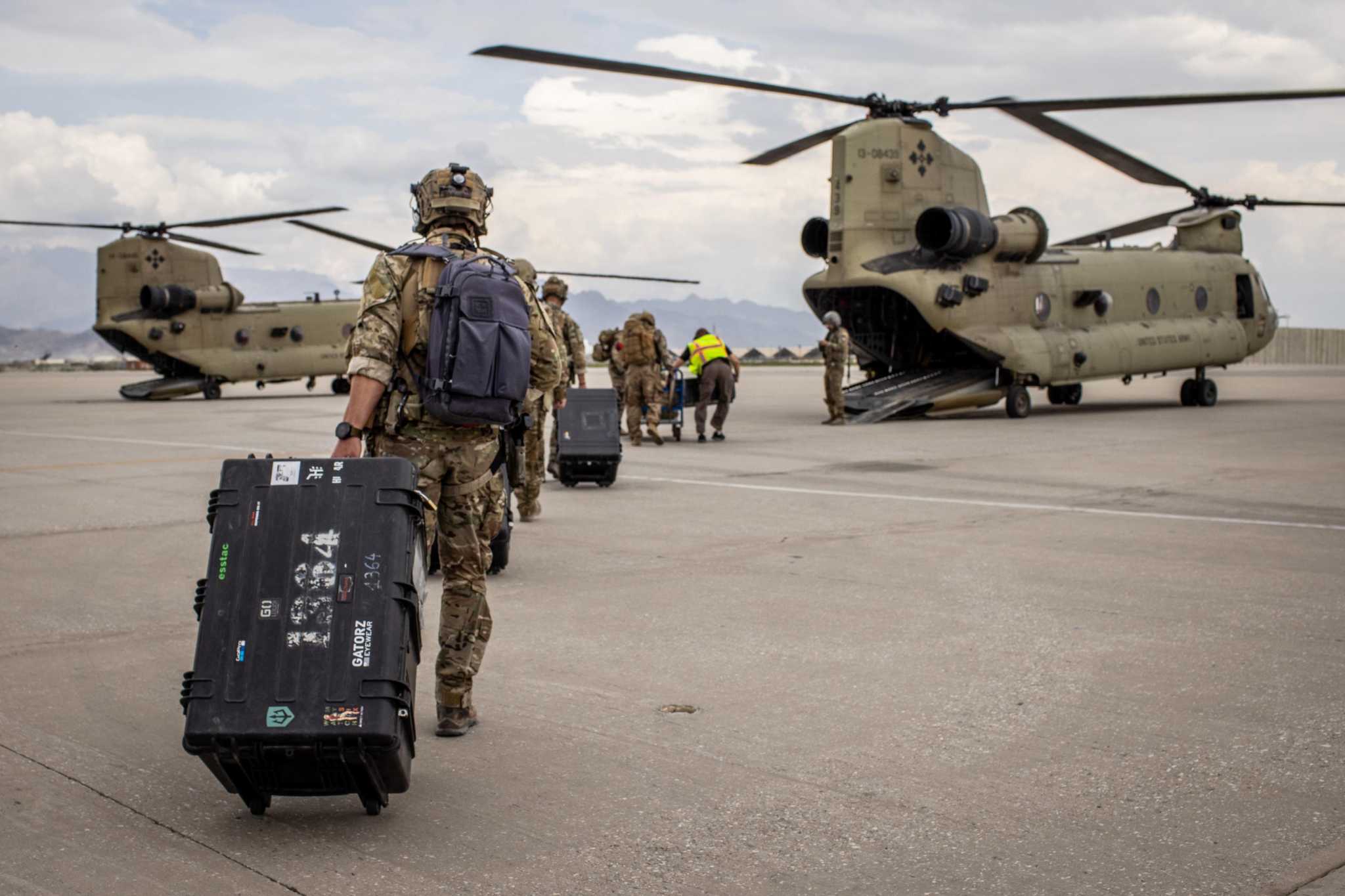 Playlists, but no soundtracks, for the wars in Iraq and Afghanistan

As politicians and generals struggled to reduce the volume of bad news from America’s war zones, the troops tossed all kinds of music.

The songs were pieces of freedom that burned quickly, unconstrained by the blast walls and barbed wire of Iraq and Afghanistan.

Those who deployed early may have lugged cassette books around, but downloadable music eventually took over.

And in the age of curated playlists and streaming, the options were endless. Maybe that’s why the Iraq and Afghanistan soundtrack stays on the move.

One thing is certain: Vietnamese songs cannot be the cornerstone of the modern warfare soundtrack. Maybe a soundtrack could include a cool return, but that’s it.

It would be like WWII songs dominating the Vietnam playlist. Imagine if the movie “Apocalypse Now” was presented “Boogie Woogie Bugle Boy” by the Andrews Sisters instead of the Doors “The end.”

It’s not the same thing. Yes, the Vietnam catalog is stacked (my editor disagrees), but it’s time to move on.

Here is a short list of jams made during American adventures in the Middle East after 9/11 in no special order because, well, Gen X.

Views and voices:Editorials, columns and commentaries, delivered to your inbox

Killers, “All the things I’ve done”

Foster the People – Pumped Up Kicks “

Missy Elliot, “Get Ur Freak On”

Toby Keith, “As Good As Before”

Rance, “Fall Back Down”

Volbeat, “Call of a Warrior”

Weezer, “The Greatest Man Who Ever Lived”

On ExpressNews.com: Lingle: The army says goodbye, but the ties last

The 2005 film adaptation echoes the feeling when helicopters playing the Doors “Break on Through” fly over the sky stained with smoke from petroleum fire. Jake Gyllenhaal, playing Swofford, said: “He’s the man of Vietnamese music – can’t we get our own (expletive) music?”

Nam’s songs infiltrating modern war stories recurred in 2019 when the Paramount Network released a trailer for â€œ68 Whiskey,â€ a fictional show about combat medics in Afghanistan. The featured snippet Creedence Clearwater Revival’s “Fortunate Son”, another highly rotating track on the Vietnamese Reading List. Paramount has largely purged the internet of that old trailer, replacing it with a new, less recognizable song.

In 1991, the American Forces Network played the “Rock the Casbah” of the Clash at the start of the Gulf War ground offensive. At the time, the song was 9 years old. It’s young when you consider the 50-year gap between “Fortunate Son” and “68 Whiskey”.

Several veterans of the World War on Terror have compiled and written playlists for their wars.

On ExpressNews.com: Lingle: Expand on “Come on Brandon”

Colby Buzzell, a Californian punk skateboarder who joined the military and turned his blog about the Iraq war into a book (“my war“) and his writing career, released his” Stryker Soundtrack “playlist when it was deployed in 2004.

The roster included old and new bands, such as the Dead Kennedys, OutKast, Misfits, Metallica, Guns N ‘Roses, U2, Transplants and the Cure, with just a twist of Vietnamese music, like the Rolling Stones and John Lennon.


Pete Molin, a retired army infantry officer who writes about the intersection of war and culture, wrote, “It just doesn’t seem like that much songs about Iraq and Afghanistan there, â€and added,â€œ the songs that I loved were vitally important to me when I was in Afghanistan. “

The music phenomenon of blending into specific times and places seemed magnified and oddly specific abroad.

Snoop Dogg & T-Pain’s “Boom” attaches to the Baghdad convoys. The Beastie Boys’ â€œMultilateral Nuclear Disarmamentâ€ sets in in the warm autumn light of those first weeks back home. AWOLNATION’s â€œSailâ€ flies aboard rescue helicopters from Kandahar. Daft Punk and Pharrell Williams’ “Get Lucky” sleeps on the floor of a C-17 somewhere over the Atlantic. LMFAO’s â€œI’m in Miami (Expletive)â€ hits Taliban rockets on Mother’s Day. Blake Shelton’s “Boys’ Round Here” operates on a bomb victim at a bustling Bagram hospital.

For me, Hollywood’s favorite war on terror song, â€œBodiesâ€ by Drowning Pool, doesn’t transport me to Iraq but to San Antonio. It’s the trailer song for “Stop-loss“, a movie about Iraq starring Ryan Phillippe and Channing Tatum, shot at Kelly in 2006. It turns out that I was an extra in an Iraq movie long before I set foot in the country.

On ExpressNews.com: Lingle: By purging the archives, the transparency of the DOD takes a step back

Twenty years is a long time, and an estimated 3 million Americans over several generations have participated in GWOT. Then consider the Afghan audience and the coalition audience. At the height of the war, soldiers from 51 NATO countries participated. All this to say that the list of ultimate targets in the war on terror must be long and varied.

What’s in your Iraq and Afghanistan playlist?