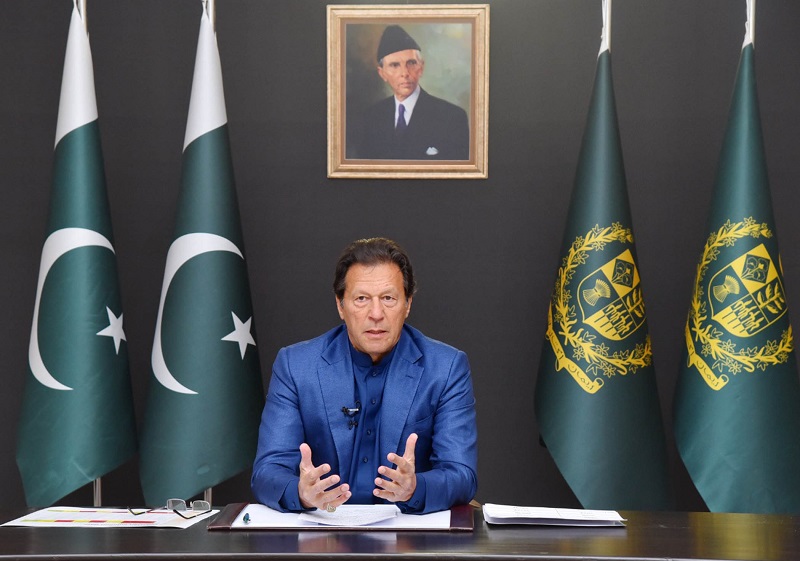 Islamabad, Pakistan: Prime Minister Imran Khan claims America has bought media and politicians to replace him. He called on young people to take to the streets and protest against the plot against Pakistan.

He said a US official had met Pakistan’s ambassador to the US and said he (Imran Khan) should not have visited Russia. He said the media is bought off and politicians are bought off with foreign money which is used for regime change.

Prime Minister Imran Khan addressed the nation on Friday after Pakistan’s Supreme Court restored the National Assembly. He said SC should have investigated a foreign plot against the country.

As usual, he recounted his 26 years in politics and said he had been a straight and principled man. He said he respects the judiciary and the Supreme Court of Pakistan. and he also accepted the Supreme Court’s ruling against Vice President Qasim Suri’s decision. He claimed members of the National Assembly were bought and sold in the vote of no confidence against him.

He repeated the story of his time in Europe and said that he saw Western democracy as he had lived in Europe, but he saw that democracy is (was) very clean. He said Western corporations were standing up for a just cause. He said again that people got off the road against the war in Iraq and he attended this demonstration.

He said a US official met with the Pakistani Ambassador to the US and said he (Imran Khan) should not have visited Russia. He said the media is sold out and people are sold out and foreign money is used for regime change. He claimed that he wanted to liberate Pakistan’s foreign policy.