Photo 1: Qassem Soleimani allegedly near the Syrian border with Iraqi militias, posted on May 29.

Major General Qassem Soleimani, head of the extraterritorial operations branch of the Islamic Revolutionary Guard Corps, the Quds Force, was pictured with Iranian-backed Iraqi militias from the Popular Mobilization Forces (PMF) in the campaign from northwestern Iraq, near the Syrian border. The exact location and date of the photo has yet to be confirmed; this surfaced May 29 on social media and pro-regime media. 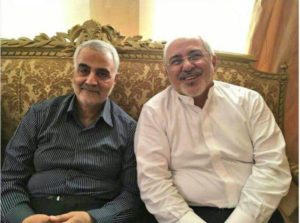 Photo 2: Soleimani and Zarif, posted May 31.

Two days later, another photo of Soleimani appeared on social media; this time with Iranian Foreign Minister Mohammad Javad Zarif in Iran. It would have been taken after Monday’s controversy over a former Iranian parliamentarian’s accusations against Zarif, in which the character accused the foreign minister of returning Soleimani to the United States in exchange for permission to withdraw Iran from the Financial Action Task Force on Money Laundering (FATF) blacklist.

Responding directly to Supreme Leader Ali Khamenei, Soleimani is in charge of the Iraq portfolio of the Islamic Republic.

After a week of pushing, the PMF reached the border village of Um Jaris in northwestern Iraq on May 29. The offensive itself was a component of Operation Muhammad Rasulollah II which was spear last month in Qayrawan, west of Mosul. Supported by the Iraqi Air Force, the ground forces are moving forward toward Baaj, another border area to the south, according to PMF.

An Iraqi Shiite commander said The Associated press which forces Between two Syrian villages for a few hours “to send a message to the Americans and the Syrian Democrats (led by the Kurds) that we are capable of doing this”.

The PMF is the umbrella organization of various Iraqi militias formed in 2014 which is dominated by figures supported by the Guard and has become an official part of the state. 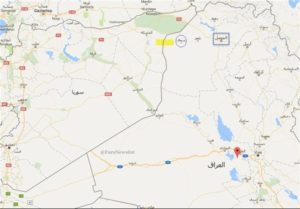 Iraqi Prime Minister Hayder al Abadi confirmed at a press conference on May 30 that Iraqi security forces would coordinate with the PMF to establish border security.

The PMF reaffirmed its objective of controlling the border area with Syria. Guard-backed Iraqi militias have sent a message to this target since the launch of the Mosul campaign. Hadi al Ameri, head of the Badr organization and senior PMF official, Recount media after forces reached the border this week that “Americans will not be allowed to control the border. Abu Mahdi al Muhandis – PMF operations commander and appointed global terrorist close to Soleimani – announcement on May 30 that military operations aimed at fully retaking the border areas with Syria would continue. The commander of the 2nd PMF Brigade – which is linked to Imam Ali’s combat division, linked to Imam Ali’s shrine in Najaf and loyal to Grand Ayatollah Ali Sistani – confirmed the plan and specified that the forces would move towards the main border post of Qaim in the south.

A PMF spokesperson called for establishing links with pro-Syrian regime forces advancing towards the Iraqi border, according to comments in Western media. The United States could potentially disrupt this effort by continuing to maintain the Tanf border post and supporting the advance of U.S.-backed Syrian forces into Deir Ezzor across the Iraqi border.

Iraqi militias members of PMF are helping the Syrian regime. For example, the Imam Ali and the Sayyid al Shuhada Brigades are active in northwest Iraq and southeast Syria near Tanf, where the United States struck a pro-regime convoy last month that included Iraqi militiamen.

PMF units participating in the latest operation in northwest Iraq include Tehran-controlled militias and sanctuaries, as well as militias linked to Iraq’s Supreme Islamic Council, several of which have received support from the Iran. Participating units also include Yazidis – would have 500, according to Kurdish media – who defected last month from the Kurdish Peshmarga to join the PMF after Muhandis convinced them and offered them the opportunity to to resume the Yazidi village of Kocho and its surroundings near Shingal which has been under the control of the Islamic State since 2014.

The sanctuary militias respond directly to Sistani and are not sensitive to Khamenei’s influence, although they did cooperate with elements of the guardhouse as part of the PMF during the war against ISIS. After the latter’s anticipated defeat, Iraq is expected to witness an intensification of the power struggle across the political spectrum, including between Tehran and Najaf, the powerful Iraqi center of Shia clergy led by Sistani, 86. Soleimani and the Quds Force will continue their mission to advance and protect the interests of the Islamic Republic in Iraq. 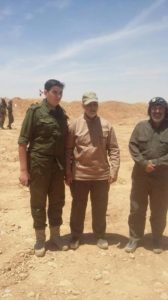 Photo 3: Soleimani near the Syrian border, posted on May 29.

Amir Toumaj is an independent analyst and contributor to FDD’s Long War Journal.