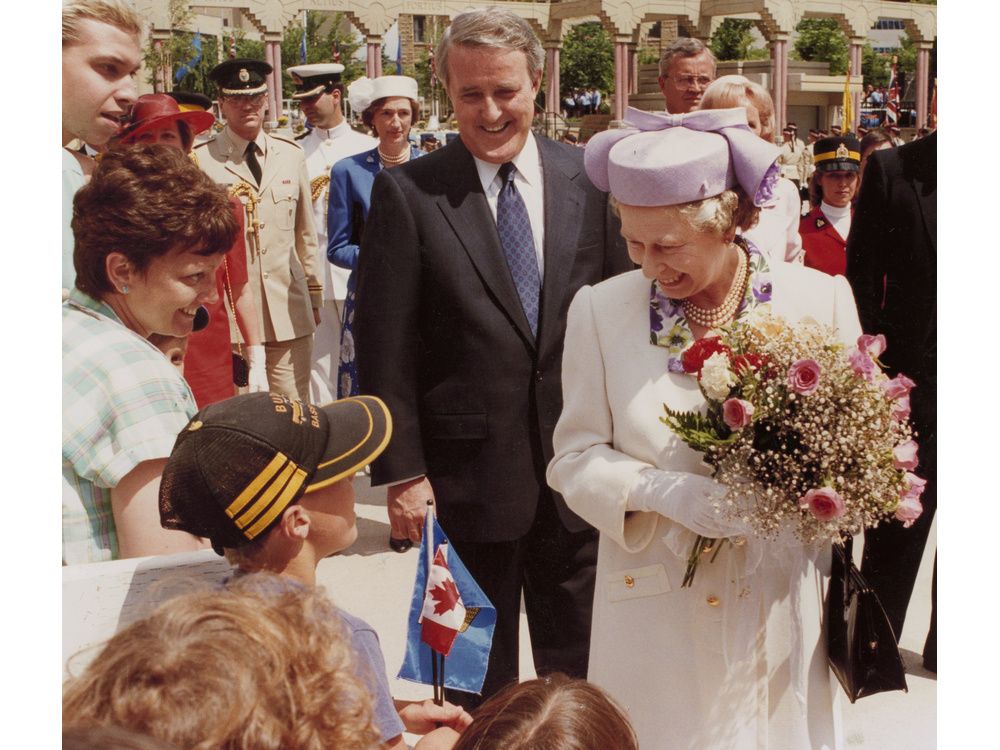 In 1299, in his encyclical “Scimus fili”, Pope Boniface VIII affirmed that Scotland owed allegiance to the Catholic Church.

In 1759, British General James Wolfe landed his army near Quebec and blocked the St. Lawrence River to French navigation. After a 75-day siege, the 33-year-old Wolfe led his troops up the cliff behind Quebec to the Plains of Abraham, where they defeated Montcalm’s garrison and captured the city. Both commanders died in action.

In 1844, Mormon founder Joseph Smith and his brother Hyrum were lynched by a mob in Carthage, Illinois, resulting in part from the community’s moral outrage over Smith’s authorization of Mormon polygamous marriages.

In 1847, the New York-Boston telegraph was completed.

In 1860, the first Queen’s Plate was held near Toronto and was won by “Don Juan”. The Queen’s Plate is the oldest continuous stakes race in North America.

In 1880, author and lecturer Helen Keller – who had been blind, deaf and mute since the age of two – was born in Alabama.

In 1896, the first public screening of a film in Canada took place at the Théâtre de Paris in Montreal.

In 1957, more than 500 people were killed when Hurricane Audrey hit the coasts of Louisiana and Texas.

In 1978, responding to reports of a forest fire, volunteer firefighters in Lac-des-Loups, Quebec rushed to a plume of smoke on the horizon. When the smoke moved away from them, they realized they were chasing a tornado.

In 1984, Prime Minister Pierre Trudeau was named the 1984 recipient of the Albert Einstein Peace Prize for his worldwide campaign to ease East-West tensions. 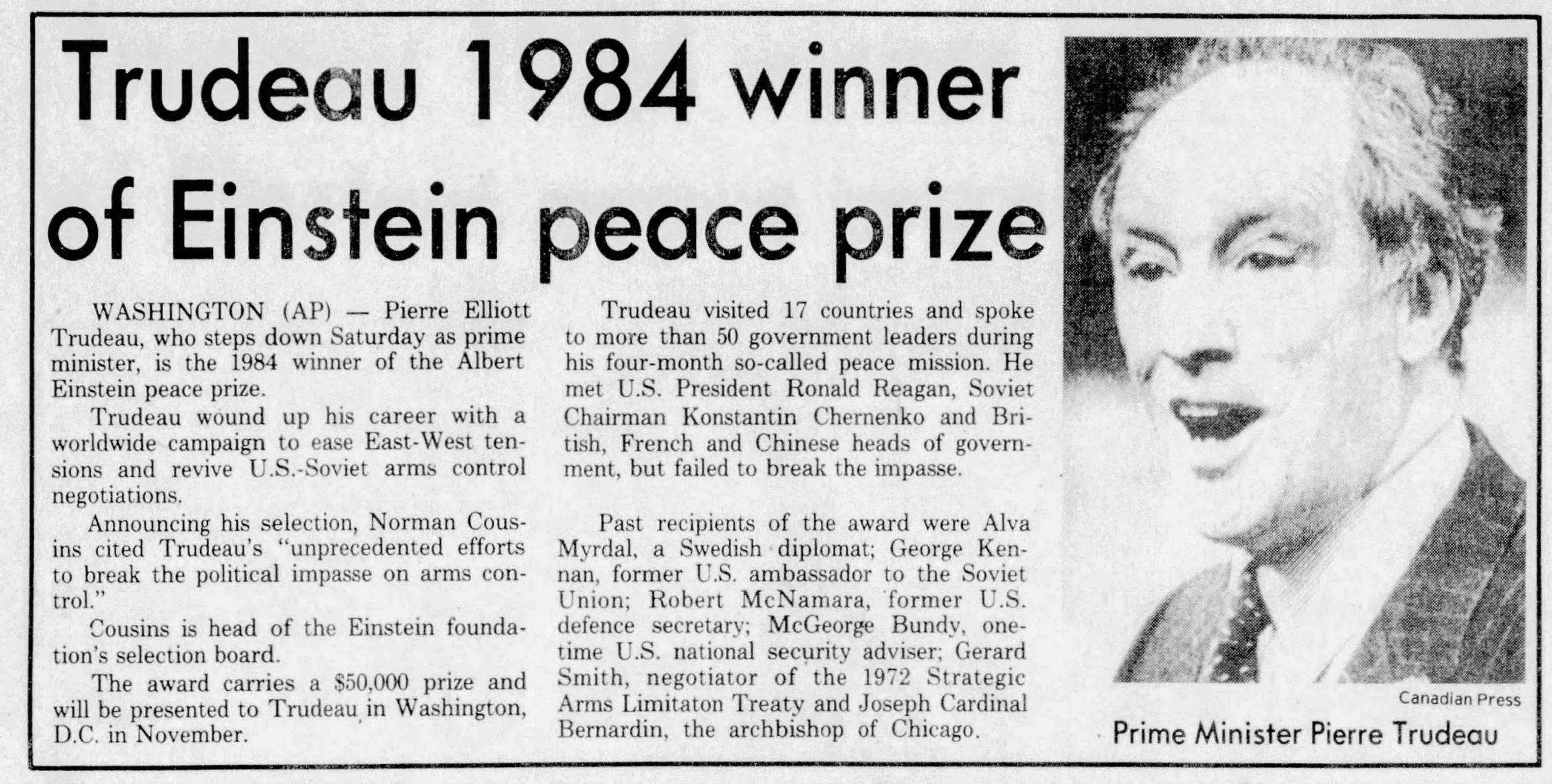 In 1986, Jean Drapeau announced that he would not seek a ninth term as mayor of Montreal. He held the position for nearly 30 years, bringing the city its subway system, Expo ’67, major league baseball and the 1976 Olympics.

In 1986 Irish voters overwhelmingly rejected a proposal to lift the divorce ban.

In 1989, baseball history was made when the Toronto Blue Jays took on the Baltimore Orioles. Toronto’s Cito Gaston and Baltimore’s Frank Robinson were the first black managers to face off in a regular season game.

In 1990, Queen Elizabeth embarked on a five-day Canadian tour in Calgary. 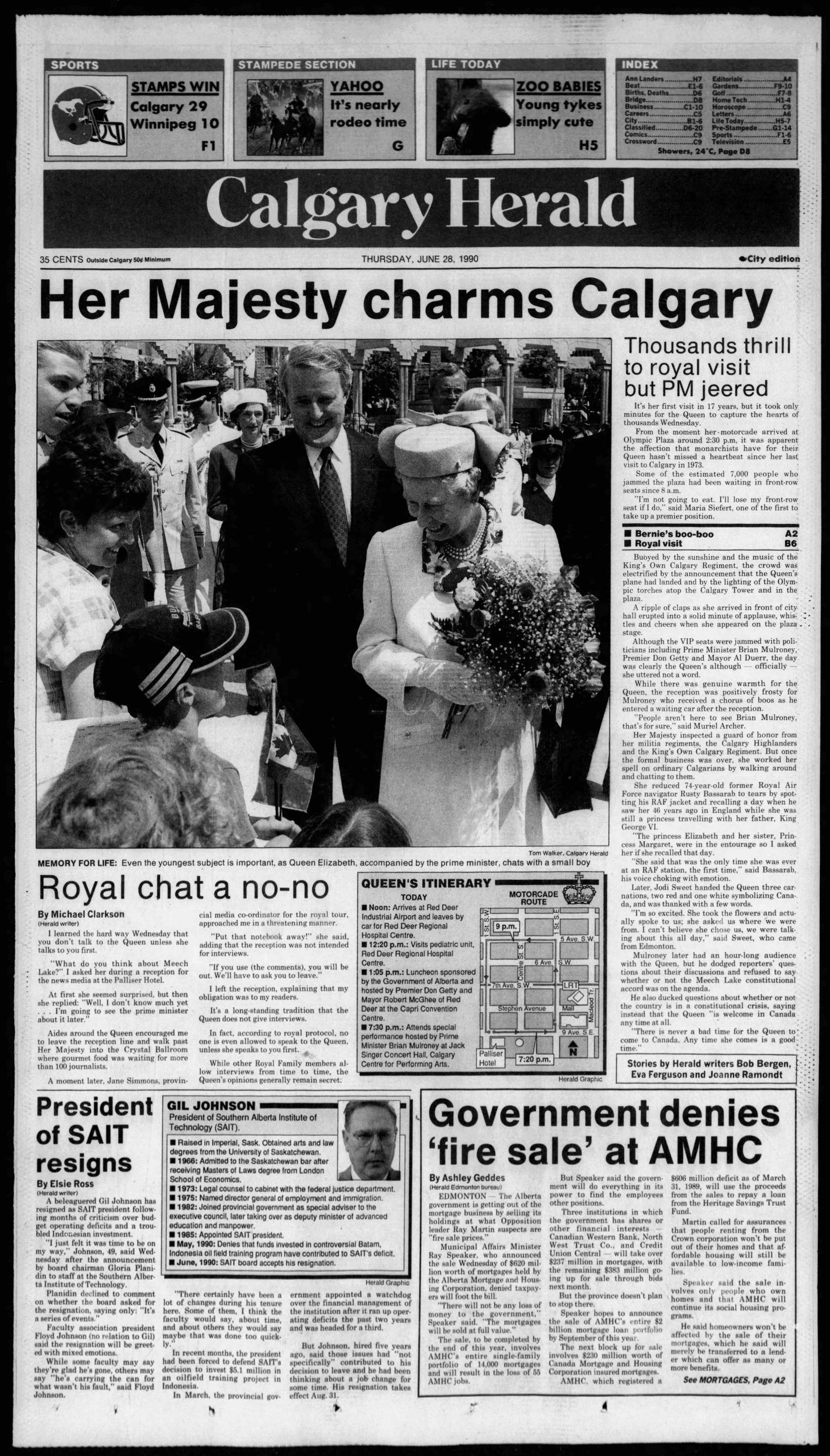 In 1991, the Supreme Court of Canada ruled that unions could collect dues from non-union members of a bargaining unit and use the money for activities unrelated to collective bargaining.

In 1992, the Toronto Star was unable to publish for the first time in 99 years. The newspaper was on strike and only 56 pages of articles printed earlier in the week were distributed free of charge.

In 1995, the RCMP granted the Walt Disney Company an exclusive license to market the likeness and likeness of the RCMP in exchange for royalties. 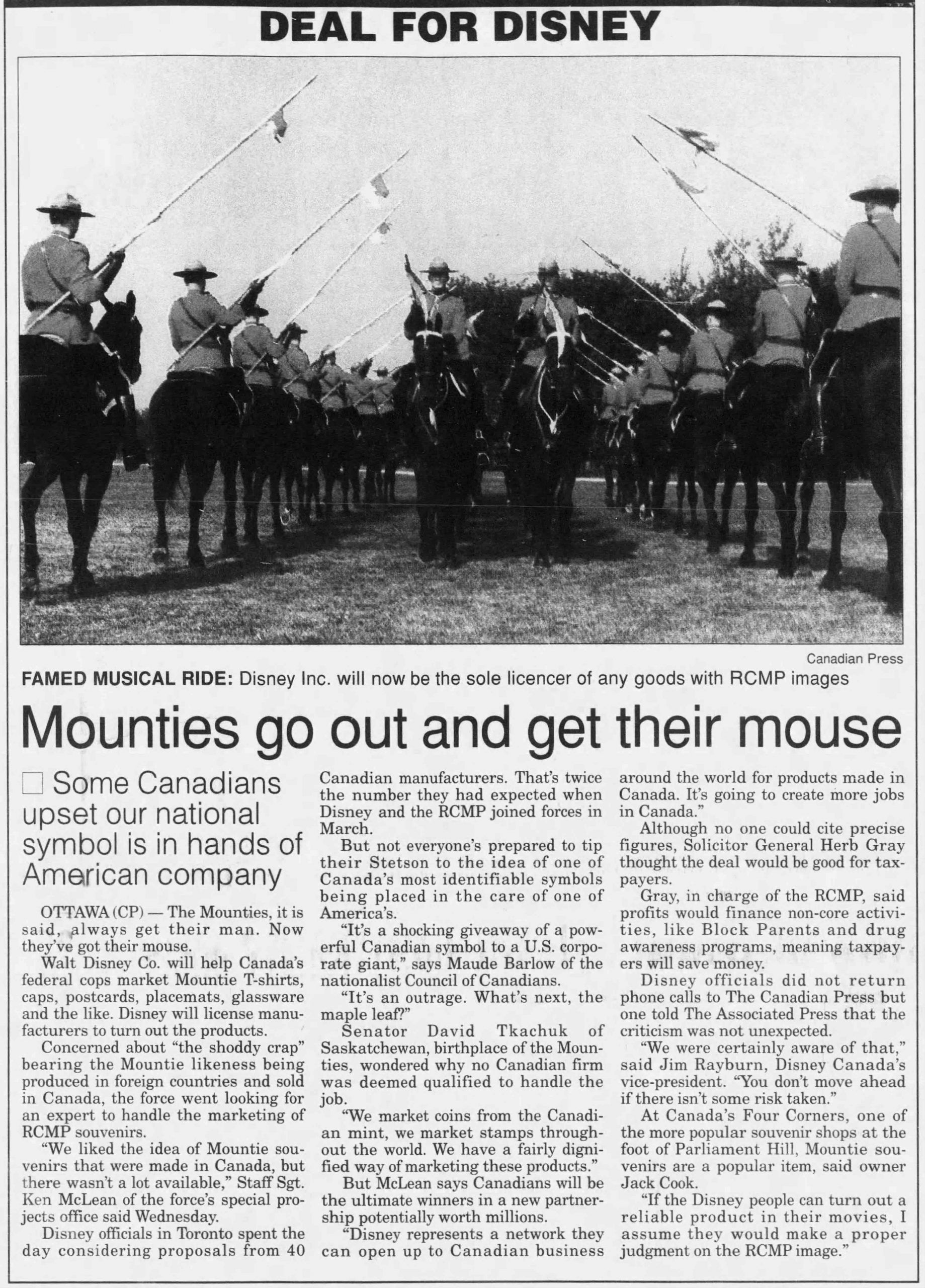 In 1999, Juli Inkster shot a 6-under 65 to win the LPGA Championship, becoming the second woman to win a modern career Grand Slam (the first was Pat Bradley).

In 2001, Oscar-winning actor Jack Lemmon died in Los Angeles from cancer. He was 76 years old.

In 2003, Canada’s largest shipyard, Saint John Shipbuilding Ltd., owned by the Irving family, was officially closed after being closed for three years due to competition from subsidized shipbuilders around the world and a lack of domestic orders. This decision forced 600 employees out of work.

In 2007, former Montreal publicist Jean Lafleur was sentenced to 42 months in prison for his role in the federal sponsorship scandal and ordered to repay the $1.5 million he defrauded.

In 2008, the Federal Court overturned the Gomery inquiry’s findings that former Prime Minister Jean Chrétien and his top aide were responsible for the sponsorship scandal.

In 2010, G20 leaders capped a tumultuous summit weekend in Toronto with a historic agreement for advanced economies to halve their deficits by 2013 and stabilize their debt levels by 2016 to stabilize the fragile economy. world.

In 2011, in a retrial, former Illinois Governor Rod Blagojevich was found guilty of 17 of 20 charges against him, many of which related to his attempt to sell or exchange the vacant seat of US President Barack Obama. (In December, he was sentenced to 14 years in prison.)

In 2013, Anthony Bennett, a native of Brampton, Ont., became the first Canadian to be selected first overall in the NBA Draft (by Cleveland).

In 2014, the former Vatican ambassador to the Dominican Republic, Archbishop Jozef Wesolowski, was found guilty by a religious court of sexual abuse and was defrocked, the first such conviction handed down against a senior papal official.

In 2020, prosecutors argued that full disclosure of information used to obtain search warrants following the mass shooting in Nova Scotia on April 18-19 could jeopardize the police investigation. A media consortium has asked a Provincial Court judge to release blacked out sections of court documents submitted by the RCMP, along with search results. Some family members of the 22 victims said they were not given enough information about what happened during the rampage.

In 2020, a plan to store hazardous nuclear waste deep near the shore of Lake Huron was officially put to rest. The plan had been in the works for more than 15 years. But in a recent letter to the federal environment minister, Ontario’s public power producer said it no longer wished to continue.

In 2020, Charles Webb, a lifelong maverick whose debut novel “The Graduate” was a deadpan satire of his college days, died aged 81. In 1967, The Graduate was made into a movie starring Dustin Hoffman that overtook Webb’s novel in popularity. Webb was just 24 when his most famous book was published in 1963.

In 2021, Infrastructure Minister Catherine McKenna decided to leave politics. McKenna had held the Ottawa center since 2015, when she wrested it from the New Democrats.

Sign up to receive daily news from the Calgary Herald, a division of Postmedia Network Inc.

Thank you for your registration!

A welcome email is on its way. If you don’t see it, please check your spam folder.

The next issue of Calgary Herald Headline News will soon be in your inbox.

We encountered a problem during your registration. Try Again