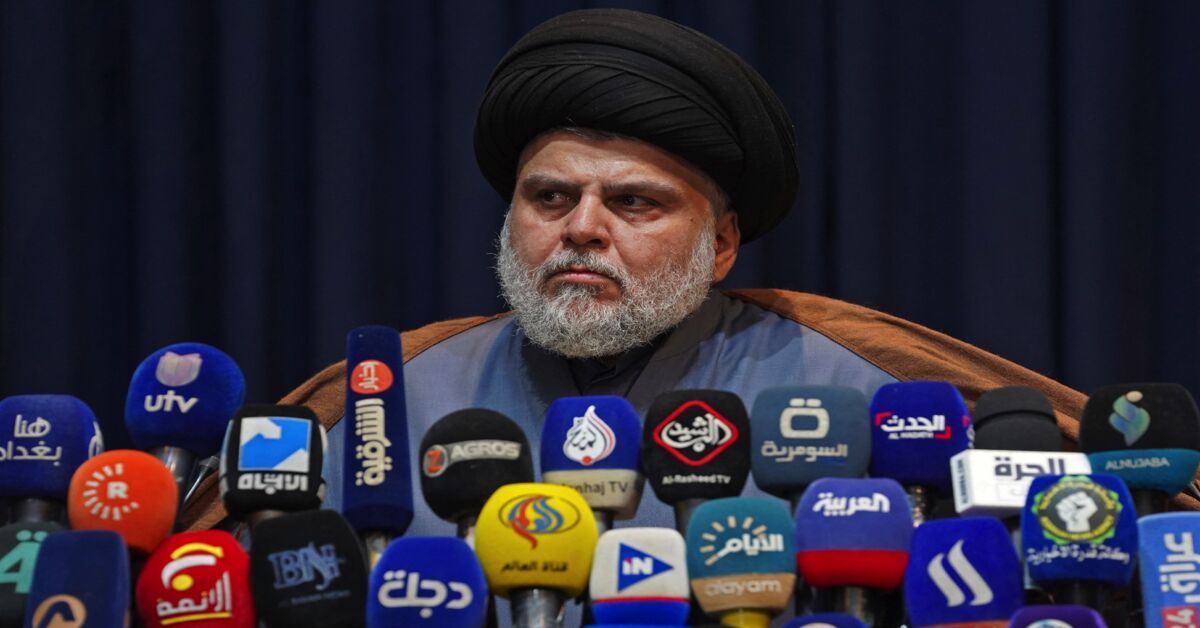 In the political deadlock that followed the Iraqi elections of October 10, the Iraqi president Barham Salih welcomed a meeting with Prime Minister Mustafa al-Kadhimi and Chief Justice of the Supreme Judicial Council Faiq Zaidan on November 18 at Baghdad Palace in the Green Zone.

“The participants discussed an initiative to resolve the current political crisis, which will be presented to the political forces in a way that paves the way for the formation of an effective government serving the interests of the people and protecting the supreme interests of the country. “, we read in a press release from the Iraqi presidency.

Chief Justice Zaidan confirmed the the integrity of the October elections, claiming that “there is no legal evidence to prove” that they were rigged.

The Independent Electoral Commission has received hundreds of complaints. Only a few were identified as valid, resulting in a very minor change in the election results.

The complaint review process has been rechecked by a judicial team under the supervision of the Judicial Council, and the final results are expected to be confirmed by the Federal Court next week.

The President and the Prime Minister also affirmed the need to submit to legal proceedings any complaint concerning the results of the elections.

It was then that members of the Popular Mobilization Units (PMU) and some of their supporters blocked a door to the green zone and also gathered in front of another door that leads to most government buildings and foreign embassies. The demonstrators demand the cancellation of the election results and the holding of a new election with a new electoral commission.

The protests have become violent, killing two and injuring more than 150 so far. The majority of the injured are security forces who were attacked by demonstrators with stones, wood and other objects.

In response to protests against the election results, leader of the Sadrist movement Muqtada al-Sadr, which won the most seats in the election, confirmed at a press conference on October 18 that he is ready to form a majority government.

The final results have not been officially announced as they require federal court approval. So the above number can be changed very slightly.

The meeting was read as an intention to form a coalition for the next government, meaning that the political wings of PMU and their allies will be out of government.

Sadr’s meeting with Halbusi and the delegation of the Kurdistan Democratic Party led to the violence of the demonstrators, as they saw it as an attempt to form a majority government and to withdraw the PMU and its allies from the new government.

It appears that Sadr is now trying to confront his political rivals with political reality, confirming that he is not ready to give up or show tolerance towards them.

“All have witnessed the integrity of the recent elections,” Sadr said at his press conference. “We are seeking to form a government with a national majority. “

Sadr also tried to put the ball in his rival’s court, calling for the disarmament of militias outside the PMU.

“I call for the liquidation of the unruly elements of PMU,” he said. “All armed factions must be dissolved and disarmed immediately – their weapons must be turned over to PMFs supervised by the commander-in-chief [of the military forces (Kadhimi)]. “

Sadr’s statement strongly rocked the political scene, as the political wings of the PMU and their allies, which formed the post-election coordination framework, called for an immediate meeting on the evening of November 18 at the home of the leader of the Hikma block, Sayyed Ammar. Hakim to discuss a response to Sadr’s press conference.

It seems that going forward with a majority government, as Sadr wishes, will be very difficult in this environment, and the next government will most likely be a consensus government, like all previous governments after 2003.