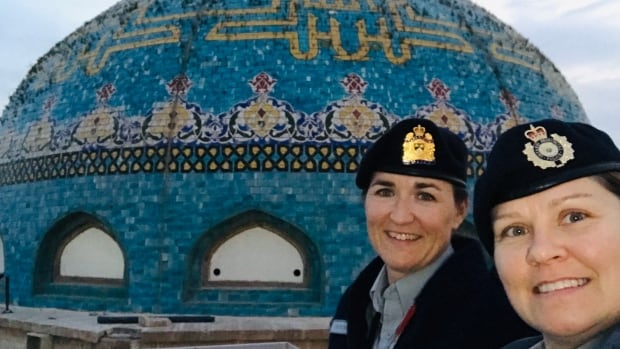 A 19-year veteran of the Saskatoon Police Department is back from a year in Iraq, which included training Iraqi women as police officers.

sergeant. Erin Coates has been deployed to the country — a first for a Canadian police officer — as part of the team that provides training to Iraqi government civilian and security officers. She was also involved in improving and implementing a police course for female Iraqi officers.

“Every country is so different. And that’s why we talk to students a lot to see what their experiences are and what really happens when they go to a crime scene.”

Coates worked alongside a coalition of other officers from the Italian and Czech forces, who taught in multiple languages ​​with different approaches.

Women in the Force

Canada was a pioneer in appointing women to oversee the training mission in Iraq, Coates said.

That sentiment is echoed by Joana Cook, a research associate in the Department of War Studies at King’s College London, who earned her first degree in political science at the University of Regina.

“Canada is really recognized abroad, I think, for having really pursued a feminist foreign policy,” said Cook, the author of The Place of a Woman: American Counter-Terrorism Since 9/11a book that includes research on women in policing.

“It’s something you really see being put into practice directly in places like Iraq, Ukraine or Mali.”

She discovered that 21% of officers in Canada are women, while that number is only 2% in Iraq.

Women in conflict zones are increasingly filling roles that were previously closed to them because of their gender, Cook said, but she noted barriers still exist.

The idea may persist that women may not offer sufficient security or may not have the same abilities or authority as men, she said.

“By not having female officers there, it means you’re not representative of your community,” Cook said.

Female police officers can also help close security gaps, she pointed out, for example, by being able to frisk or frisk female suicide bombers who might otherwise infiltrate security.

Coates said she feels she has helped move the training forces forward.

Although she has returned to Saskatoon since her leave, she said her experience in Iraq has stayed with her.

“It was life changing.”

Iraqi militias accuse US and Israel of attacking bases | News