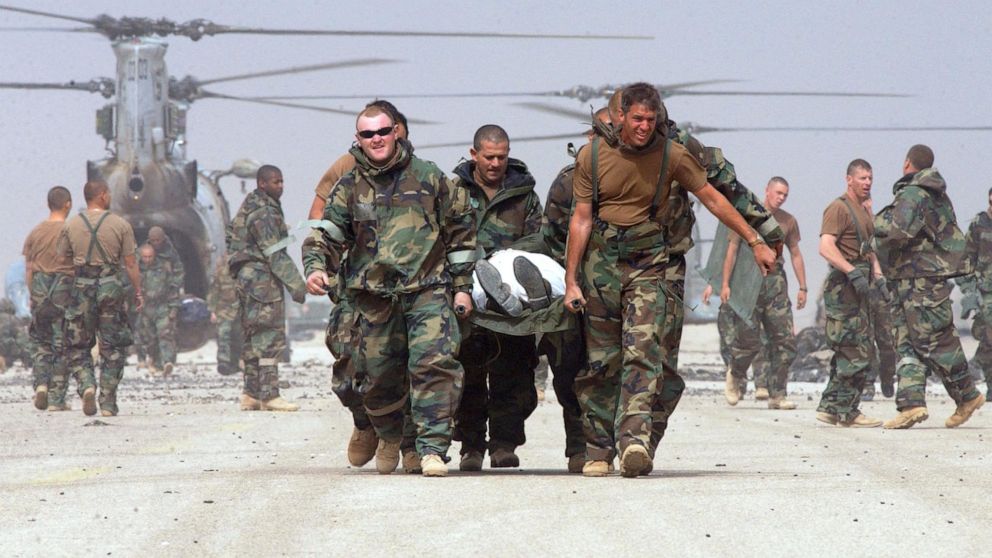 For the first time in 50 years, a Senate committee voted to repeal decades-old war power measures that have twice launched the United States into war with Iraq, giving the unfortunate plan the green light of President George W. Bush to invade this country. country to topple its despotic president, Saddam Hussein, on the later discredited justification of ridding this country of weapons of mass destruction never found.

The Senate Foreign Relations Committee on Wednesday voted 14 to 8 to repeal 1991 and 2002 authorizations for the use of military force (AUMF) with supporters saying it was high time Congress reaffirmed its authority constitutional to declare war.

Three Republicans – Todd Young of Indiana, Rob Portman of Ohio and Rand Paul of Kentucky – voted with all the Democrats on the panel for the repeal, with some Republicans who opposed the decision on Wednesday arguing that although they support the removal of the two AUMFs, the time is not right in the midst of growing tensions with neighboring Iran.

Senator Tim Kaine, D-Va., Who, along with Young, worked for years to gain the support of their colleagues, noted that no current action by the United States uses the AUMF “as a legal basis for any current US military activity, nor are they necessary to justify the detention of even a single detainee currently held by the United States. “

“I ask this committee to send a clear, bipartisan message that a Congress that has launched military action against Iraq can also recognize the end of hostilities against Iraq,” Kaine said.

Senator Rand Paul, R-Ky., Who has also fought for years to end the costly war, applauded the impending, bipartisan action of Congress.

â€œIt is much easier to start a war than to end it,â€ said Paul. “I think today’s vote is not devoid of meaning and symbolism. That is, we are not giving any President, Republican or Democrat permission for a full-scale war in Iraq. We’re taking that permission away. If you want to Go Back, come in front of the people with an important vote – we all say this is the most important vote – well, let’s take it back and bring it into the Senate. “

Panel chair Bob Menendez of New Jersey, urging support for the repeal, told members, â€œI think it would be a big mistake if we don’t act now to repeal the AUMFs of 1991 and 2002. As we heard very clearly from the administration yesterday, in the testimony of the Assistant Secretary of State and two senior lawyers on this issue, the repeal of these provisions will have no impact on our operations or activities of detention. “

Assistant Secretary of State Wendy Sherman told lawmakers on Tuesday: “I want to make it clear that the Biden-Harris administration believes the 2002 authorization for the use of military force against Iraq has lost its usefulness. and should be repealed, and the administration has made it clear that we do not have ongoing military activities that rely solely on the 2002 AUMF.

Menendez argued that any US personnel on the ground in Iraq would not be affected “because they are there at the invitation of the Iraqi government“, therefore, he said, no related mission in the Middle East. would be affected.

And President Joe Biden and Iraqi Prime Minister Mustafa Kadhimi announced after their meeting last week in Washington that the US mission in Iraq will shift from a combat role to an assistance role by the end of the year. and advice.

Nonetheless, the committee’s top Republican, Jim Risch of Idaho, spoke out against the repeal, saying that while rescinding those Congressional approvals would have no practical effect, it risks sending a dangerous message in an unstable part of the world, especially as it relates to Iran.

“I don’t agree that it has no useful purpose, and I think the purpose of this is to communicate our resolve in the region and in particular as it relates to Iran,” Risch said. .

â€œThere are people who are going to look at this and say, ‘Aha, the United States is weakening in the region. The United States is not committed. It is not keeping the same commitment that it made to the region. region, ‘â€Risch said. , adding that it would do no harm to allow permission to simply “sit on the shelf” so as not to risk “sending a message that we are not engaged in the region and determined to protect our troops and American interests “.

â€œI understand what the vote is here and where this thing is going, but I really believe that it would be a bad message to send until repealing this AUMF which gives the slightest tiltâ€¦ which we support away from that,â€ said Risch.

But Young, a Navy and Marine Corps veteran, countered that while he too shares his colleagues’ concerns about Iran, those two Iraq-specific AUMFs are irrelevant to this dismay.

“I think the Iranian threat is so important and so different from the wars since September 11 or Saddam Hussein’s Iraq, that we must adopt a new AUMF if the situation demands it,” he said. “Those who advocate leaving the 2002 AUMF in place as a deterrent to Iran, when that was by no means the intent of this authorization, would build on past abuses and advocate precisely the type of ‘expansion of war power authorities which ultimately makes Congress and this committee irrelevant. “

The repeal action is now moving to the entire Senate for its expected approval, a change of sentiment decided decades ago since the twin military campaigns in Iraq. But it follows the overwhelming public sentiment of recent years that has turned against the long American wars in the Middle East.

Senate Majority Leader Chuck Schumer, DN.Y., who announced earlier this year that he now supports the repeal of the two AUMFs, reiterated on Wednesday that an entire chamber vote would have held later this year.

“Allowing a military force to remain indefinitely is an invitation to a future administration to use it for any military adventurism in the region,” Schumer said in a speech. “Americans are frankly fed up with endless wars in the Middle East. Congress simply needs to exercise more authority over matters of war and peace, as we all know the Constitution requires.”

In mid-June, the House passed with a bipartisan vote crushing the repeal of the two obsolete authorizations. So once the full Senate acts, the repeal effort would then shift to President Biden who has shown his support.

The last repeal of a military authorization took place in January 1971, when Congress voted to end the then deeply unpopular 1964 resolution on the Gulf of Tonkin that led to the involvement of the United States in the war. from Vietnam.

An AUMF – issued in 2001 to allow President Bush to order the invasion of Afghanistan following the September 11 terrorist attacks – is still in effect. Some lawmakers are aiming for this repeal potentially later this year, but there isn’t the same bipartisan support for the move right now, especially since the situation in Afghanistan, where the United States has withdrawn its forces, grim. more and more chaos at the hands of the Taliban.