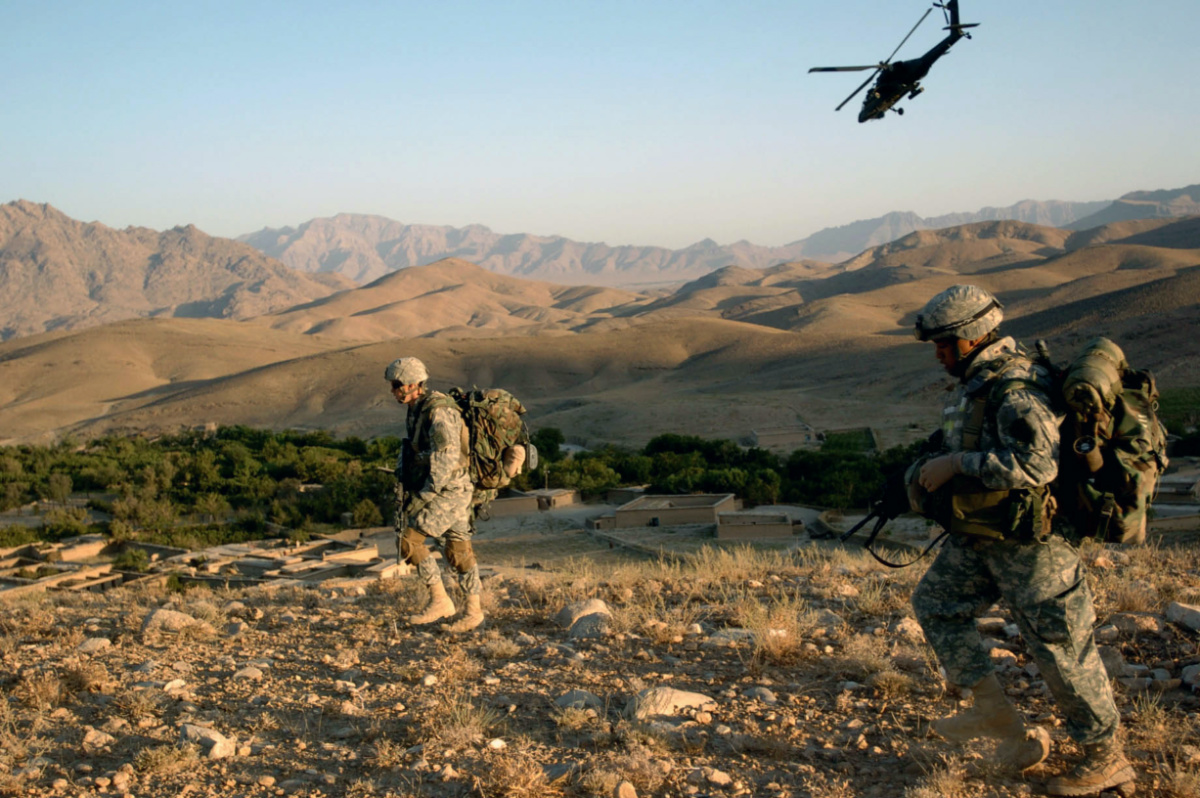 Sight Magazine – Essay: What 20 years (and more) of the war on terror must teach us

Late on October 7, 2001, less than a month after the September 11 attacks, American fighter jets swept the Afghan skies. This moment marked the beginning of the war in Afghanistan, and more broadly, the beginning of our “war on terrorism”.

When the fighting began, peace advocates across the world knew what to expect. As with any war, there would be needless deaths, horrific destruction and terrible tragedies.

But few of us could have known the full extent of what was to come. Over the next 20 years, the United States engaged in what would become the longest war in our history – longer than the Civil War, World War I, and World War II combined. The global war on terrorism has involved dozens of other nations, and in the wars that followed September 11, more than 929,000 people died and 38 million people were forced to flee their homes – all in more than more than 8 trillion dollars taxpayer price.

Twenty years later, with US ground troops freshly withdrawing from Afghanistan, now is the perfect time to reflect on what the past two decades of violence have brought about. Given the experience in Afghanistan, it is clearer than ever that the global war on terrorism has been an outright humanitarian and strategic disaster. It is now the duty of our legislators to ensure that we learn to prevent and end wars.

“Twenty years later, with US ground troops newly withdrawn from Afghanistan, now is the perfect time to reflect on what the past two decades of violence have brought about. Given the experience in Afghanistan, it is clearer than ever that the global war on terrorism has been a merciless war. humanitarian and strategic disaster. It is now the duty of our legislators to ensure that we learn to prevent and end wars.

The war hurts us all

As Quakers, we are guided by our faith to pursue a world free from war and the threat of war. This belief is rooted in the obvious fact that war causes unnecessary death and destruction. In the case of the war on terror, this suffering fell largely on the shoulders of the people of Afghanistan, Iraq and other Asian and African countries.

But the endless wars have also caused considerable damage here at home. As the government poured trillions of dollars into the war machine, many other pressing issues remained unanswered. The climate crisis worsened, income inequalities soared, poverty and hunger continued at unacceptable rates.

Meanwhile, our annual military budget has climbed to over $ 750 billion this year. Even if this figure remains stable over the next decade (which is rarely the case), we will spend more than twice as much on the military as it would cost to fund the 10-year Build Back Better takeover proposed by the ‘Biden administration. And that was before the US $ 3.5 trillion recovery program started to be cut dramatically.

These costs of war are not as visible, but their impact runs deep – not just for us, but for generations to come.

Terrorism cannot be defeated by war and violence.

The war on terrorism was based on the mistaken premise that terrorism can be defeated militarily. This has been proven wrong. In fact, since September 11, 2001, the number of terrorist acts worldwide has quintupled per year.

Rather than making us safer, the militarized approach to terrorism has opened a never-ending cycle of retaliation and trauma, in which terrorist groups use attacks as a recruiting ground.

Instead of trying to resolve violence with violence, the United States should invest in peacebuilding strategies that address the underlying drivers of terrorism. This includes engaging in multilateral diplomacy, expanding economic opportunities, and empowering local solutions. While these are long-term efforts, they are much cheaper and more sustainable than our current approach.

Congress must seize its constitutional authority over the war.

Shortly after the September 11 attacks, Congress passed two authorizations – known as the 2001 and 2002 authorizations for the use of military force, or AUMF – which gave the president broad authority to make war across the world. Thanks to these AUMFs, the war on terror has grown in importance with little congressional oversight.

When it comes to public policy, we believe Congress should exercise its constitutional powers of debate and vote before the President commits our nation to war. Lawmakers have abdicated this responsibility for far too long, and the results have been disastrous for all of us.

After two decades of perpetual warfare, the war-first paradigm runs deep in our government. Uprooting him will not be easy. But frankly, we have little choice. If we truly want our country to be a leader of peace, we must invest in peaceful ways to prevent wars and tackle the underlying damage that leads people to violence.

We can learn the lessons of 20 years of war to prevent future wars.

Diane Randall is the general secretary of the Committee of Friends on National Law, a national, non-partisan Quaker lobby for peace, justice and the environment.

New research finds small dollar loans are up to 24x cheaper at Oportun, which uses AI to assess credit risk and score 100% of applicants