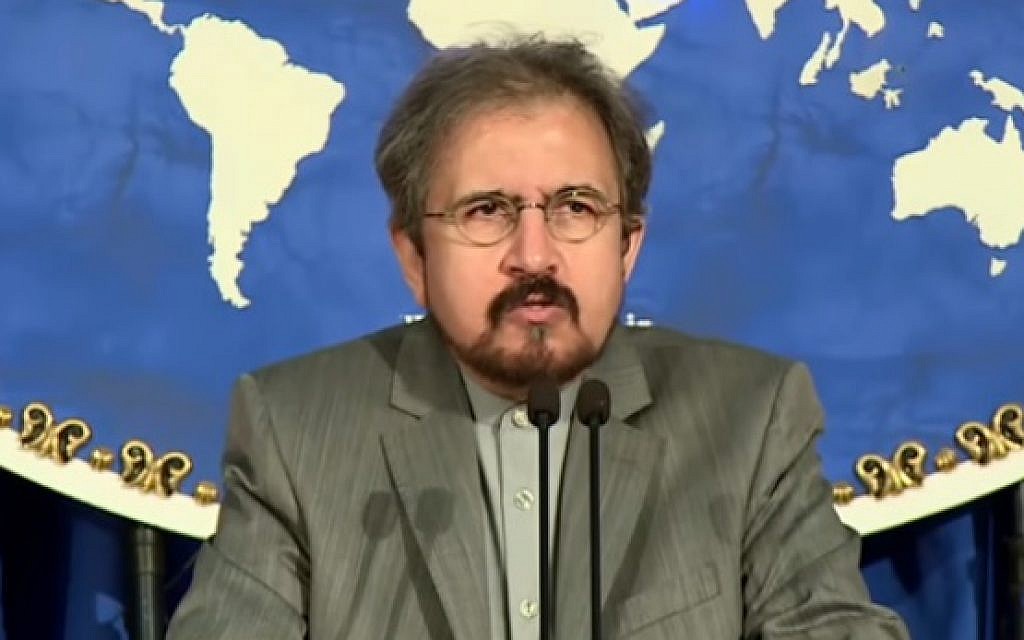 Iran on Saturday denied a Reuters report that it had transferred ballistic missiles to militias loyal to it in Iraq.

“The lie spread by some media about the shipment of Iranian-made missiles to Iraq is totally irrelevant and groundless,” Iranian Foreign Ministry spokesman Bahram Qasemi said.

“This news only sows panic among the countries in the region and is in line with their policy of spreading Iranophobia,” Qasemi said.

They seek to influence Iran’s foreign relations primarily with its neighbors, he said.

He added that Iran was working to provide its allies with missile manufacturing facilities and had trained militia members in the use of the new weapons.

The deployment aims to improve Iran’s ability to retaliate against any Western or Arab attacks on its territory, as well as to expand its options for attacking opponents in the region, Reuters said.

Iran’s proxies, allied militias as well as its own forces are involved in internal conflicts in Syria, Lebanon, Iraq and Yemen.

The move makes Iran’s allies in Iraq more apt to attack US troops in the country should Iran come under attack.

“We have bases like this in many places and Iraq is one of them. If America attacks us, our friends will attack the interests of America and its allies in the region,” a senior IRGC commander said.

Iran has long used its Shia proxies and allies in Iraq to retaliate against its adversaries. According to transcripts of the 2007 interrogations of a senior Shiite military and cleric in Iraq declassified earlier this year, Iran was heavily implicated in attacks by Iraqi Shiite militias on US troops in the years following the American invasion of the country in 2003.

Qais al-Khazali, who now leads the Asaib Ahl al-Haq militia which won 15 parliamentary seats in the country’s May elections, detailed the extent of Iranian involvement in the country during the 2007 interrogation , The Wall Street Journal reported Thursday, citing recently declassified documents. documents.

If so, we have a request.

Every day, our journalists aim to keep you up to date with the most important developments that deserve your attention. Millions of people rely on ToI for fast, fair and free coverage of Israel and the Jewish world.

We care about Israel – and we know you do too. So today we have a question: show your appreciation for our work by join the Times of Israel communityan exclusive group for readers like you who appreciate and financially support our work.

You are a dedicated reader

We’re really glad you read X Articles from The Times of Israel over the past month.

That’s why we started The Times of Israel ten years ago – to provide discerning readers like you with must-read coverage of Israel and the Jewish world.

So now we have a request. Unlike other media, we don’t have a paywall in place. But since the journalism we do is expensive, we invite readers to whom The Times of Israel has become important to help support our work by joining The Times of Israel community.

For just $6 a month, you can help support our quality journalism while benefiting from The Times of Israel WITHOUT ADVERTISINGas well as access Exclusive Content only available to members of the Times of Israel community.

Thank you,
David Horovitz, founding editor of The Times of Israel

US Senators Plan Sanctions Against Iraqi Militias With Iran Ties