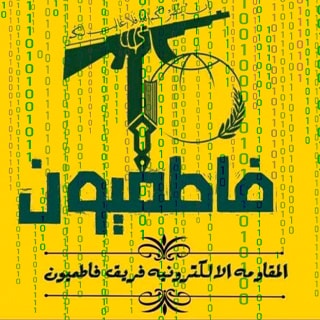 The following report is now a complementary offering to MEMRI’s Jihad and Terrorism Threat Monitor (JTTM). For more information on the JTTM subscription, click here.

On January 1, 2021, the Telegram channel of the Fatemiyoun Electronic Team, which is affiliated with pro-Iranian and Iraqi militias, announced that it had successfully carried out a cyberattack and penetrated the database of the American security company KBR. His message indicates that the team had managed to obtain maps and information on the Balad air base, which was passed on to the Islamic resistance factions.[i]

Iraq’s Balad Air Base is located approximately 60 kilometers north of Baghdad and is also populated by US Army forces. The base has been bombed several times over the past year, most likely by groups loyal to Iran.

On January 3, 2021, the channel released a map it claims depicts Balad Air Base, which it says it obtained during its cyberattack on KBR. The accompanying message states that the map includes all the details relating to the base and that this is only a small part of the information obtained during the cyberattack. He also clarified that all the information was passed on to several factions of the Islamic resistance. The message includes a threat: “The Black Death is waiting for you, we will not take our eyes off you, we are watching your every move. Without a doubt, vengeance is on the way.”[ii]