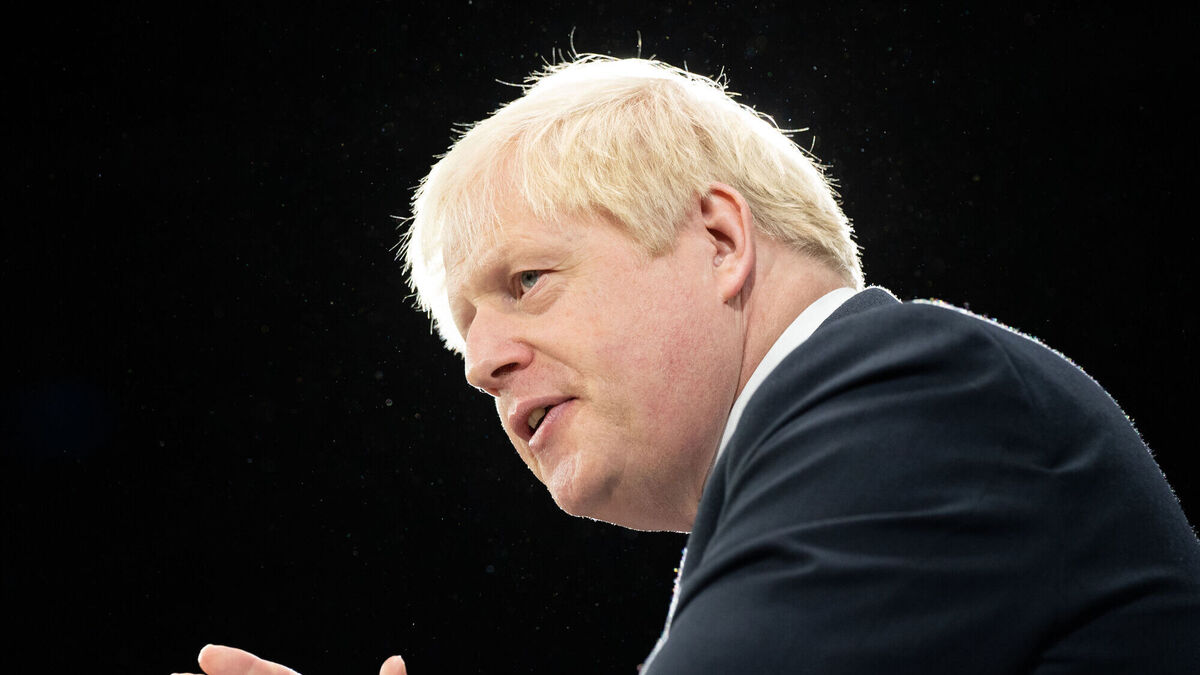 What must it be like to be in the inner circles of the UK government, watching the economy rebound from crisis to crisis?

Shortages mount, as livestock that suddenly cannot be put into the food chain are slaughtered and sent to rendering plants.

Ships are being diverted from UK ports as no driver can be found to carry their cargo once it is unloaded.

In response to threats from ministers to suspend trade deals for Northern Ireland – which we are now told the government never initially believed in – there is reportedly pressure within the EU to begin preparations for ‘a trade war.

The British Prime Minister goes to Marbella, where he pretends to paint pictures; Meanwhile, business secretary Kwasi Kwarteng is reportedly basing his hopes of alleviating the current energy crisis on a “wet, windy and mild” winter.

Yet the Conservative Party still leads the polls, seemingly backed by the weakness of the Labor Party and the clear and optimistic narrative Boris Johnson has so far managed to project of events.

And I wonder: in cabinet meetings and ministerial meetings, are they laughing at the seeming absurdity of it all, or anxiously exchanging estimates of when the roof might finally start to crumble?

After all, the central political fact of life in the UK could not be more striking.

Whatever the effects of the pandemic and the supply chain issues that are evident all over the world, we are fundamentally living with the gigantic consequences of a gigantic act of recklessness, led by many in charge – and which are unraveling now.

In Scotland, the results of Brexit are at the heart of Nicola Sturgeon’s drive for independence; in Northern Ireland they are at the center of endless angst.

But in England and Wales, the contrast between the realities of life outside the EU and what the British have been promised looks like a cruel deception in the heart of a family or a marriage: silently recognized and understood, but so far largely unspoken.

Looking to the future, surely a big political question deserves to be asked: what happens when a breaking point is reached, and the fact that people have been duped becomes inevitable?

We all know about the promises made by Brexiteers in pursuit of what they wanted – cheaper food, easy trade deals, that extra Â£ 350million a week for the NHS, and everything in between.

What is still underestimated is the hope that many people have thus been encouraged to invest in the idea of â€‹â€‹leaving the EU.

When some people supported leaving, it was the first time they had voted in their lives; many didn’t do it out of bigotry or meanness, but out of some sort of desperate belief that things could finally get better.

Europe, they had been told over and over, was a drain on the UK’s attention and money: as one Brexit voter told me in 2018, the easiest solution was to ‘get out and repair the country â€.

If this collective belief has so far shown no clear signs of being erased (indeed, it endures in Johnson’s implicit links between Brexit and ‘leveling up’), it is probably an indication of the confidence that some people still have in it – and, implicitly, what a seismic moment we will have reached when it no longer makes sense.

Brexit was also the expression of a serious deterioration in public confidence, underway for several years, accentuated by the effects on internet policy, intensified by the MP spending scandal and attributable in large part to the war in Iraq.

This conflict and its aftermath, as former UN Ambassador Jeremy Greenstock later said, was “one of those things that got people in this country thinking. [that] our elite, our toffs, our leaders up there do not listen to us, do not take care of us as we want â€.

It also alerted us to the extent to which institutions could be removed from the demands of truth and meaning.

For any serious politician, Iraq should have been a salutary lesson in how big deceptions change things in haphazard and unpredictable ways, and the pretext for thoroughly rethinking how politics and power work.

One of the most overlooked aspects of modern British history is the fact that proponents of military intervention included conservatives such as Johnson, David Davis, Iain Duncan Smith, John Redwood, and Michael Gove.

Against this background, their eventual defense of Brexit represented something sinister: people using a collapse in trust to which they themselves had contributed, to build support for a course of action that risked further crushing the confidence.

(It is telling that in July 2016, Davis used the release of the Chilcot Report on Iraq to accuse Tony Blair of being a liar – then, three months later, he brazenly declared in the House of Commons that if leaving the EU would go as planned: “There will be no downside to Brexit, only a huge advantage.”)

Among some of the people we once called the Leftovers, there seems to be a belief that the chaos caused by Brexit will sooner or later have beneficial political effects.

When people realize their mistake, perhaps the mainstream political stream will realign itself in a pro-European direction; eventually, Labor could find its European voice again and bring us back to it.

It’s an attractive view, but I’m not sure the world works like this anymore.

One of the surest signs of England’s bizarre political situation is how the right seems to be taking advantage of the very chaos it is causing.

Eventually, if the people’s anger rises and cannot be quelled, Johnson undoubtedly turns off the union jack and directs it to the French and the Germans; if their fury gets so out of hand that it somehow wins out, it may well benefit much darker forces.

In other words, taking such a large and historic bet with the future of this country was quite irresponsible, but doing so in the era of QAnon and Tommy Robinson was beyond words reckless.

All of this imposes a duty on politicians who could eventually lead us to something better.

So members of the mainstream – by whom I mean mostly Labor MPs – must start talking loud and clear about Brexit, the promises of the people who campaigned for it and what life outside of it. Europe makes us.

Whatever happens, the resentments caused by Brexit will likely benefit some dark political forces, but with no voice trying to steer people’s exasperation into something positive, this problem will be even worse.

Such achievements have apparently not yet been taken into the minds of Tory Brexiteers.

It may take a few years of queues and chaos for everything to become clear; Johnson’s indisputable political skills and the opposition’s shortcomings will likely delay any reckoning even further.

But when that does finally happen, the smartest politicians among them will surely feel it as a hint of remorse – perhaps realizing that whatever their goals, hindsight will turn them not into visionaries, but people whose pride and pride. recklessness would always have dire consequences. consequences.

Iran seeks to add Beirut to list of capitals it controls