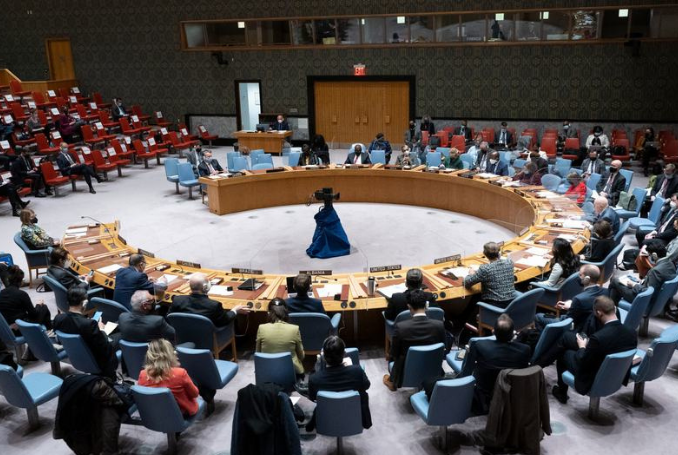 There is no doubt that atrocities have been committed in Ukraine, apparently but not exclusively by Russian attack forces, and in a perfect world those who did so would be held accountable. But the world is very imperfect when it comes to accountability for international crimes.

When the International Criminal Court in 2020 concluded that it had the power to investigate alleged crimes committed by Israel in occupied Palestine after painstaking delays to ensure that their investigation would meet the highest standards of legal professionalism, the The decision was called “pure anti-Semitism” by Israel’s prime minister and defiantly rejected by Israeli leaders across the political spectrum.

Similarly, when authorization was given by the ICC to investigate US crimes in Afghanistan, the decision was denounced as void and unwarranted because the US was not a party to the Rome Statute governing ICC operations. The Trump presidency went so far as to express outrage by imposing personal sanctions on the ICC prosecutor, presumably for daring to challenge the United States in this way, even though his behavior was entirely respectful of his professional role and consistent with the canons. relevant to judicial practice. .

In such a context, there is a typical liberal dilemma of overt criminality on the one hand and sheer geopolitical hypocrisy on the other. Was it desirable after WWII to prosecute surviving German and Japanese political leaders and military commanders at the “legal” cost of ignoring the criminality of the victors because there was no disposition to investigate the dropping of atomic bombs on Japanese cities or the strategic bombing of civilian homes in Germany and Japan?

I am far from sure which is better from the point of view of developing a global rule of law or respecting the constraints of law. The essence of law is to treat equals equally, but the world order is not so constituted. As suggested, there is “victors’ justice” that imposes responsibility on defeated leaders in major wars, but total irresponsibility for the crimes of geopolitical victors.

Beyond that, the UN Charter was crafted to give constitutional status to geopolitical impunity by granting those WWII victors an unconditional veto, and that of course includes Russia. In these respects, liberalism defers to geopolitical realism and celebrates the unilateral imposition of legality, with the naive hope that things will be different in the future, and that the next group of winners will themselves accept the same legal standards of liability that are imposed on the losers.

Yet the post-Nuremberg record shows that geopolitical actors continue to regard restrictions on the use of war as a matter of discretion (what American liberals have called “wars of choice” during the debate on the launching an attack aimed at changing the regime and the occupation of Iraq in 2003) rather than an obligation. When it comes to accountability, double standards still apply, exemplified by the ironic execution of Saddam Hussein for war crimes following a war of aggression against Iraq.

Another lingering question is “why Ukraine”? There have been other horrific events since the end of the Cold War in the early 1990s, including in Syria, Yemen, Afghanistan, Myanmar and Palestine, but no comparable outcry in the West for criminal justice and justice. punitive action. Certainly part of the explanation is that Ukrainian victims of abuse are white, European and Christian, which made it easy for the West to mobilize mainstream global media, and the related international prominence given to Volodimir Zelensky, the embattled and forceful Ukrainian leader received unprecedented access to the most influential places on the world stages of world opinion.

It’s not that empathy for Ukraine or support for Zelensky’s national resistance is misplaced, but that it appears to be geopolitically orchestrated and manipulated in a way that other desperate national situations were. not, and thus arouses suspicion on other, darker grounds. .

This is worrisome because these amplified concerns have been the primary means by which Western NATO has done everything possible to make Ukraine’s war more than Ukraine. The wider war is best understood as occurring on two levels: a traditional war between the invading forces of Russia and the resistance forces of Ukraine, closely tied to an all-encompassing geopolitical war between the United States and Russia. It is the continuation of this latest war that presents the deepest danger to world peace, a danger that has been largely glossed over or assessed as merely an extension of the Russia/Ukraine confrontation.

Biden has always struck a militaristic, demonizing and divisive note in geopolitical warfare, deliberately antagonizing Putin while quite pointedly neglecting diplomacy as an obvious way to stop the killings, and the atrocities, in fact, encouraging the war on the ground to continue. prolong because its pursuit is indispensable compared to the implicitly higher stakes of grand strategy, which is at the heart of the concerns of a geopolitical war. When Biden repeatedly calls Putin a war criminal who should be prosecuted, and more so when he proposes regime change in Russia, he encourages the continuation of the Ukraine war for as long as it takes to produce a victory, and not settle for a ceasefire.

If this two-tiered perception is properly analyzed in its appreciation of different actors with conflicting priorities, then it becomes crucial to understand that in geopolitical warfare the US is as much the aggressor as in traditional ground warfare Russia is the aggressor. In these respects, despite his understandable anger and grief, one has to wonder whether even Zelensky, with the Russophobic echo of war crimes allegations and calls for Russia’s expulsion from the UN, did not had a twisted arm in order to support the geopolitical war policy although its premises are contrary to the interests of the Ukrainian people.

Could delivering weapons and financial aid to Ukraine be expensive?

So far, geopolitical warfare has been waged as a war of ideological aggression backed by arms supplies and wraparound sanctions designed to have a significant and crippling effect on Russia. This tactic led Putin to issue counter-threats, including warnings about Russia’s willingness, under certain conditions, to use nuclear weapons. This normalization of the nuclear danger is itself a threatening development in the context of an autocratic ruler cornered in his entrenchments.

The US approach, while aware of the dangers of escalation and taking steps so far to avoid direct military involvement on behalf of Ukraine, shows no rush to end the fighting, apparently believing that Russia is already suffering the consequences of a considerable underestimation of Ukraine’s will and capacity to resist. , and will be forced to concede humiliating defeat if the war continues, which would have the strategic advantage, in addition to other incentives, of discouraging China from aligning itself with Russia in the future.

Moreover, the Western architects of this geopolitical war with Russia seem to assess gains and losses through a militaristic lens, being grossly insensitive to its disastrous economic fallout, particularly pronounced with regard to food and energy security under the conditions already extremely tense situation in the Middle East. East, Africa and Central Asia, and even Europe. As Fred Bergsten argues, the overall stability of the world economy is also in jeopardy unless the United States and China overcome their own strained relationship and understand that their cooperation is the only brake on a deep world, costly and prolonged. Economic collapse.

Geopolitical warfare is also distracting from the pressing climate change agenda, especially in light of recent global warming indicators that have climate experts more worried. Other issues of global concern, including migration, biodiversity, poverty and apartheid, are once again relegated to the background of the global political challenge, while the sociopathic game of Armageddon Roulette is played regardless of the welfare and survival of species, continuing the deadly recklessness that began the day the bomb was dropped on Hiroshima more than 75 years ago.

In conclusion, the question “why Ukraine?” calls for answers. The standard answer of reverse racism, moral hypocrisy and Western narrative control is not wrong but significantly incomplete if it does not include geopolitical warfare which, although not now directly responsible for Ukrainian suffering , is from other points of view more dangerous and destructive than this terrible traditional war. This geopolitical war of the “wrong” choice is now being waged primarily through hostile propaganda, but also weapons and supplies, with no direct killings outside of Ukraine.

This second war, so rarely identified let alone assessed, irresponsibly threatens the well-being of tens of millions of civilians around the world as arms dealers, post-conflict construction companies and civilian militarists and in uniform exult. To be provocative, I would say that it is time for the peace movement to ensure that the USA loses this geopolitical war! Winning it, even persisting, would constitute a serious “geopolitical crime”. 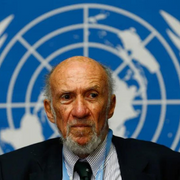 – Richard Falk is the Albert G Milbank Professor Emeritus of International Law at Princeton University and a researcher at the Orfalea Center for Global Studies. He has also served as the United Nations Special Rapporteur on Palestinian Human Rights. This article originally appeared on his blog.

The conflict in Ukraine will be the downfall of Russia | News