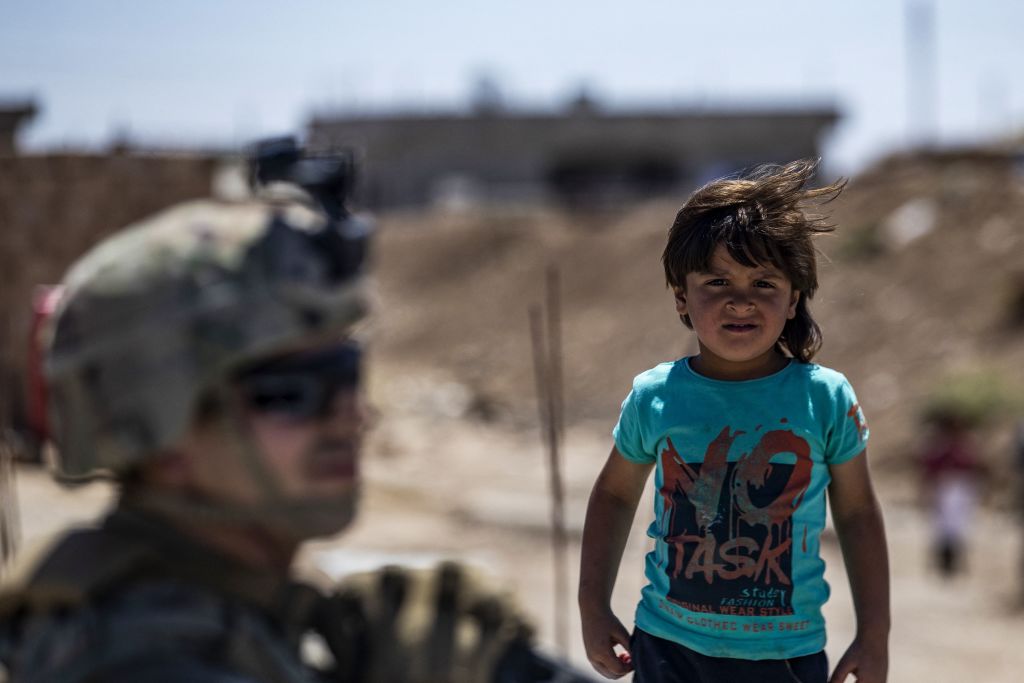 It still happens. Emboldened by the silence of NATO member states, Recep Tayyip Erdoğan and his Justice and Development Party (AKP) government could turn Turkey’s threats of war against the democratic administration in Syria’s northern Rojava into an invasion at full share. In a public appearance Monday, May 23 at a military shipyard in the Sea of ​​Marmara, Erdoğan announced his intention to occupy a 30-kilometer-wide strip of land along Syria’s northern border. According to Turkish sources, preparations for the invasion would be completed the following day.

Elsewhere in Kurdistan, the war has been raging for weeks – despite the lack of attention or public outrage. On April 17, the Turkish army launched an invasion of the Zab region in southern Kurdistan. It was the first climax of a series of interventions in northern Iraq in violation of international law. Since then, the mountains of Kurdistan – where many villages are located and civilians live – have seen heavy fighting, with soldiers and guerrillas dying every day. Also in Rojava, a low-intensity war against the civilian population and its administration has been going on for months. As documented by the Rojava Information Center, at least thirty-five Turkish drone strikes killed more than thirteen people and injured thirty-four.

So far, Erdoğan has been able to pursue this policy of war unhindered. Criticism of the NATO alliance, of which Turkey has been a member since 1952, remained absent. Instead, the war in Ukraine has given even more destructive bargaining power and influence to Erdoğan, who presents himself as an ostensible mediator between Russia and Ukraine by staging negotiations on Turkish soil.

Today, Erdoğan plays an additional role in blocking the entry of Sweden and Finland into NATO. From the perspective of the AKP government, these countries support terrorism and harbor terrorists. These so-called “terrorist organizations” are aid projects in Rojava engaged in activities such as the construction of water infrastructure and the accommodation of women who have suffered violence at the hands of the terrorist militia ISIS – that is, say that these are humanitarian aid projects that Sweden is helping to finance. The “terrorists” targeted by Erdoğan are Kurds from Sweden and Finland who have been free to organize politically in those countries without facing oppression.

Yet Turkey has also pointed the finger at politicians of Kurdish origin, such as Swedish independent left-wing MP Amineh Kakabaveh, who hails from Eastern Kurdistan. Recently, the Turkish ambassador in Stockholm even went so far as to request his extradition (which was later interpreted as a “misunderstanding”). For his part, Kakabeveh also opposes Sweden’s NATO membership and has withdrawn his support for his country’s social-democratic prime minister. She pointed out that the Kurds once again risked being sacrificed on the altar of superpowers – this time with the support of Sweden.

In the past, Erdoğan has exploited refugees for political purposes. He agreed to prevent them from entering the European Union (or, on the contrary, threatened to push them across the border) in exchange for political concessions from EU governments. Now he is also trying to use the Kurds to realize his dreams of making Turkey a regional imperial superpower. This clearly shows that the Kurdish question is a real international problem.

Now that Turkey has temporarily blocked NATO expansion, it is finally under fire from critics who claim its intransigence should disqualify it from the NATO community. Yet, as Dilar Dirik has pointed out, this rhetoric is muddled: Turkey has been an essential part of the military alliance for more than seventy years, and Turkey’s war policy goes hand in hand with the various wars of aggression of NATO in recent years which have broken the international community. right. NATO can call itself a “community of shared values”, just as its founding document of 1949 can affirm that its members are committed to the Charter of the United Nations and to the “principles of democracy, individual liberty and rule of law”. .” It is, however, an ideology intended to hide the warlike character of the alliance. NATO invasions of Libya, Iraq, Afghanistan and the former Yugoslavia tell a different story. The same goes for Turkey’s occupation of northern Cyprus, a violation of international law that has been going on since 1976, though it is not even mentioned anymore.

Last Monday, Cemil Bayik, the co-chairman of the executive committee of the Union of Kurdistan Communities, highlighted NATO’s role in the war against Kurdistan: “It may seem that Turkey is waging war on Zab and Avaşîn, but it’s actually NATO. . . . As a member state, Turkey receives extremely important support from NATO. Without this help, Turkey could not have continued to fight until today. It was NATO that decided to go to war, and Turkey is putting that decision into practice.

For Turkey, an invasion of Rojava is also closely linked to domestic politics. With elections scheduled for 2023, all opinion polls suggest the AKP will take a heavy hit at the polls. The party may try to salvage its fortunes with another military conflict, as Turkey ever recurring invasions of Syria have always been accompanied by rising popularity for the AKP — from the occupation of a region in northern Syria between Azaz and the Euphrates in August 2016 to the invasion and occupation of ‘Afrin in 2018 and by Serê Kaniyê and Girê Spî in 2019 The war unifies parts of the population behind the government and its army while pushing problems such as unemployment and poverty to the background, if only only temporarily.

In early May, Erdoğan announced his intention to gradually send one million Syrian refugees to Turkey to live in “settlements” built for them in occupied northern Syria. The plan, it seems, is to take control of a continuous geographical territory to be successively integrated into the territory of the Turks. The payment of wages in Turkish lira in the areas already occupied, as well as the opening of Turkish language schools and the installation of Turkish governors, indicate that the objective is permanent colonization. The invasions also bolstered jihadist militias, which helped secure the occupation alongside Turkish soldiers. Many of their fighters are former members of the Islamic State, which continues to exist underground. ISIS is increasingly capable of carrying out attacks again, as demonstrated in January by its storming of ISIS’s prison in al-Hasakah.

In an interview with the German daily Tagesspiegel, Khaled Davrisch, the Berlin representative of the autonomous administration of Rojava, explained that “bending the knee to Erdoğan would torpedo the efforts for a peaceful solution in Syria”. In fact, it would do a lot more. A war of Turkish aggression with NATO’s blessing would make it clear that the rhetoric of shared values, freedom and democracy only applies when it serves NATO’s own interests.