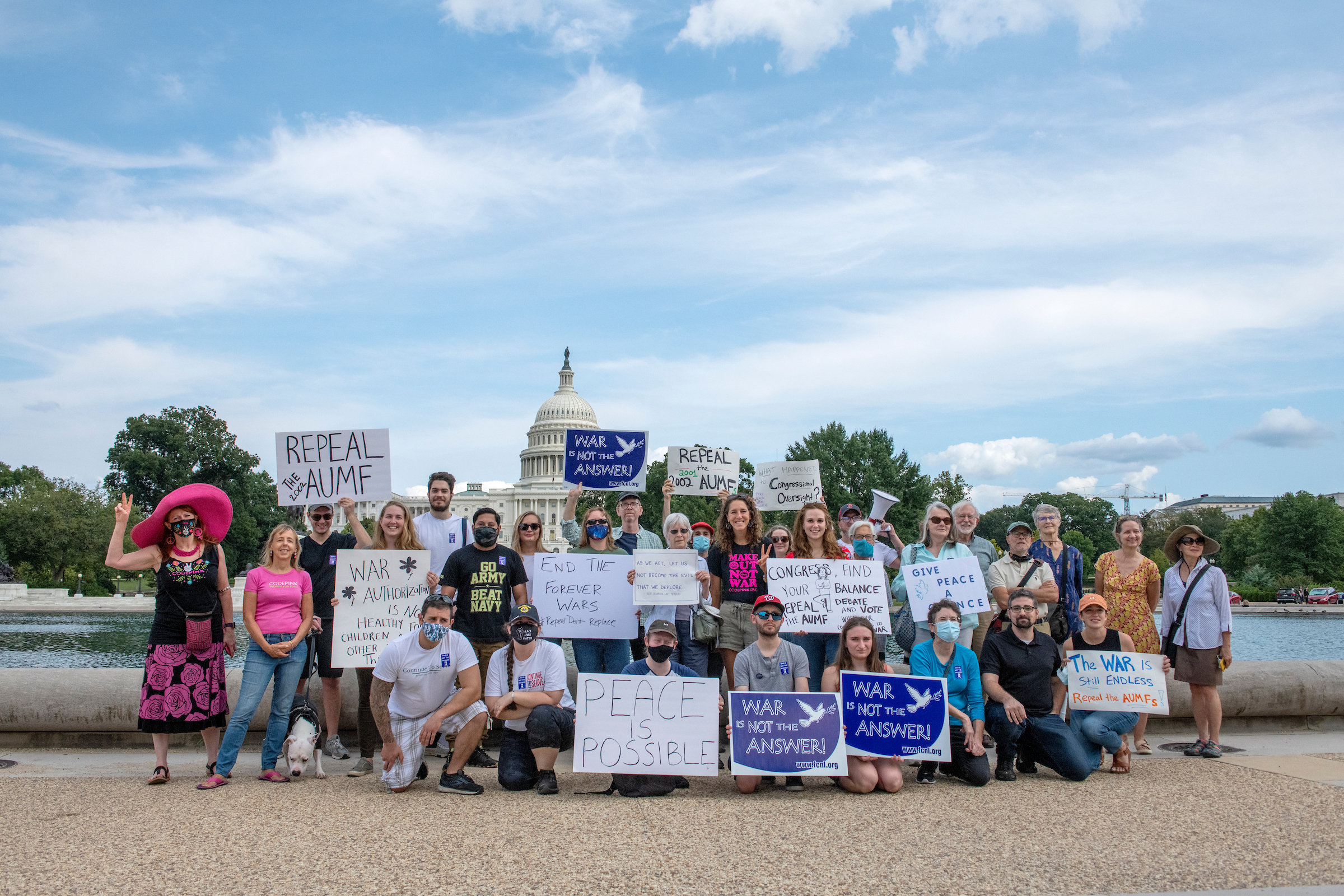 This legislative request is designed to be shared with your members of Congress and their staff.

The Authorization to Use Military Force Against Iraq 2002 (AUMF Iraq 2002) authorized war against the Iraqi regime of Saddam Hussein. This war was declared over in 2011. Bipartisan majorities in Congress support the repeal of this outdated law, which is not necessary for ongoing operations but is open to abuse.

Please urge the leaders of the Armed Services Committee to repeal the Iraqi AUMF of 2002 in the NDAA of FY23.

The home version of National Defense Authorization Act for fiscal year 2023 (NDAA) includes a provision to repeal the Iraq AUMF of 2002 (Section 1229A). In June 2021, the Chamber voted massively to repeal this AUMF. The Senate bipartisan bill to repeal the Iraqi AUMF of 2002, Sens. Tim Kaine (VA) and Todd Young (IN), currently has 48 co-sponsors, including 11 Republicans. The White House has also publicly expressed support for the repeal of Iraq’s 2002 AUMF.

As a Quaker organization, the FCNL opposes all war. As public policy, we believe that Congress must debate and vote before the President engages our military in lethal action and should regularly assess and vote on whether to continue ongoing American wars.

The Iraqi AUMF of 2002 should be repealed because:

Iraq’s political crisis is far from over