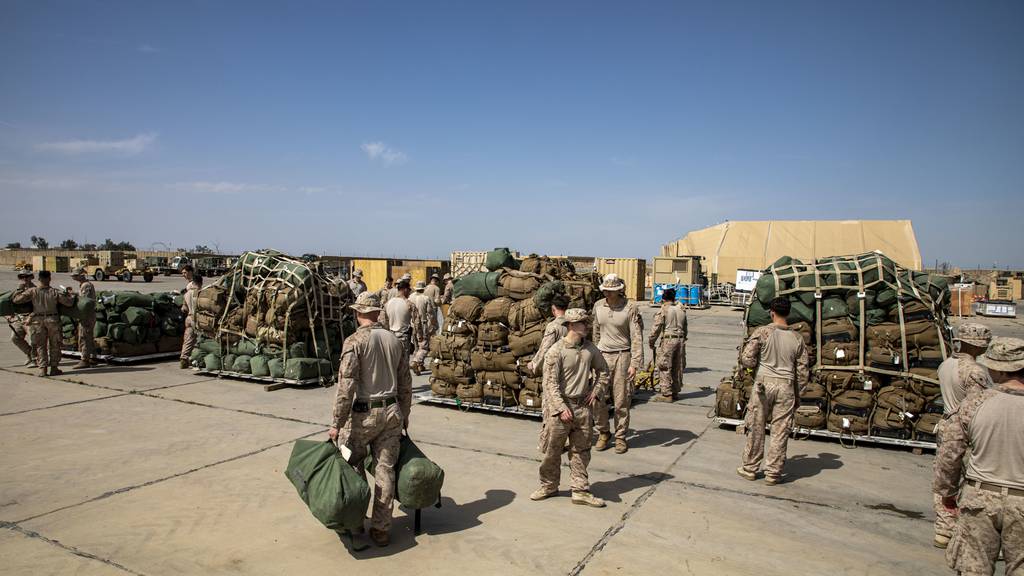 US hands over another air base to Iraqi forces

The United States handed over al-Taqaddum airbase to Iraqi forces on Saturday – it is the fourth base to be handed over to Iraqi security forces in recent weeks.

The al-Taqaddum air base is located between Ramadi and Fallujah. The coalition claims that the core transfers are the result of success against ISIS.

“These pre-planned base transfers are not related to recent attacks on Iraqi bases hosting coalition troops, or the current COVID-19 situation in Iraq,” Operation Inherent Resolve said in a statement. hurry.

The coalition consolidated its troops through a number of smaller outposts to larger bases. Some coalition troops have left Iraq because of COVID-19.

The coalition has also been criticized for its inability to protect bases from rocket attacks allegedly orchestrated by Iranian-backed militias.

An attack on Camp Taji in March resulted in the deaths of two American soldiers and a British serviceman.

“The transfer of the Taqaddum (Habbaniya) air base is another step forward in the ongoing partnership between the Iraqi security forces and the international anti-ISIS military coalition,” the brigadier said. General Vincent Barker, IRO’s sustainment director, said in a press release.

â€œOver the past month, we have moved four bases under the full control of the ISFs. This would not be possible without the proven ability of the ISF to lead the fight against ISIS, â€Barker said in the statement.

The United States previously handed over al-Qaim, the Qayyarah West airfield and the Kirkuk facility.

Kirkuk was the scene of a deadly rocket attack in December 2019 that killed an American contractor. Iran-backed militia rocket attack nearly sparked war between Tehran and the United States

Coalition advisers used the base to help Iraqi forces take control of Ramadi and Fallujah from ISIS in 2016.

“The Coalition will operate from fewer locations, but remains committed to supporting our partners in their fight against Daesh,” IRO said in the statement.

Coalition troops will leave al-Taqqadum in the coming days as equipment is transferred to Iraqi forces, OIR said.