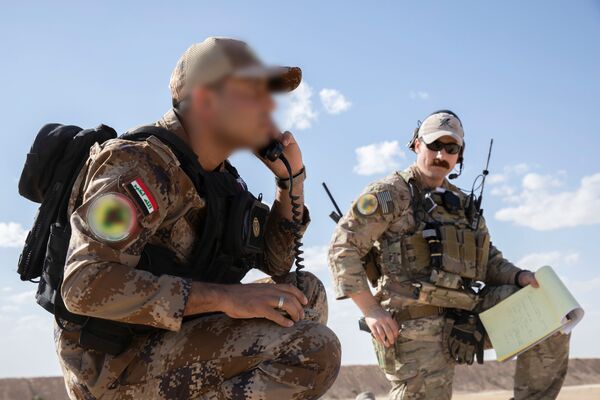 An ITAC STC is training to launch an airstrike near Al-Asad Air Base during Exercise “Phoenix Fires” in October. (Special Operations Joint Task Force – Levant)

The Office of the Inspector General (OIG) of the US Department of Defense released its most critical report on the Iraqi Security Forces (ISF) to date on November 5, when it highlighted a wide range of problems which include rampant corruption and poor command and control.

â€œThe ISF continued to face the challenges of corruption at all levels,â€ the OIG said in its latest quarterly report covering the period July-September, which is largely based on information from the Combined Joint Task Force led by the United States – Operation Inherent Resolve (CJTF-OIR) and various American military commands. The effectiveness of the ISF is also undermined by personal blood feuds, as well as internal struggles between and within ISF units and the ministries of defense and interior, he said.

The CJTF-OIR now has limited visibility into Iraqi operations, as its advisers are only integrated into the Joint Operations Command in Iraq (JOC-I) in Baghdad and do not visit the provincial commands, which provide incomplete reports on their activities. Even the JOC-I seems to minimize the involvement of the CJTF-OIR in the planning of operations which are then poorly executed.

The report gave as an example a five-day operation in Al-Anbar in August. It relied solely on intelligence from an ISIS detainee and CJTF-OIR advisers were only made aware of it two days before its launch. â€œThe operation also suffered from a lack of operational command and control, poor logistical support and [a] general lack of execution at the tactical level which included operational units stopping for the day by mid-morning, â€he said.