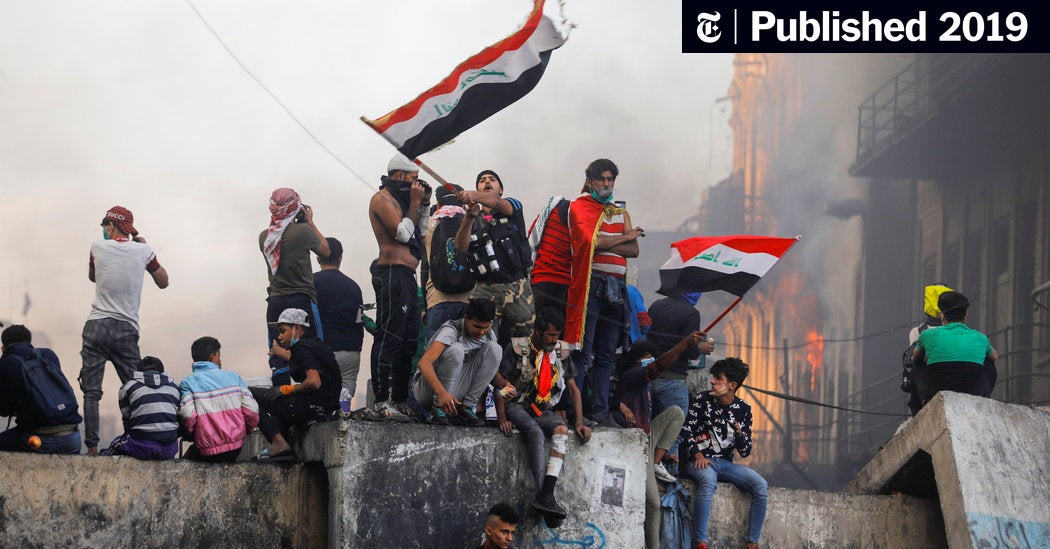 WASHINGTON – The Trump administration on Friday issued economic sanctions against three Iraqi militia leaders whose fighters were US officials said were under Iranian orders when they attacked protesters in Iraq.

The sanctions, which restrict travel within the United States and freeze American assets, will likely have little direct impact on the militia.

But the move could force Iraq to choose between fleeing its Iranian benefactors or defying US demands to protect protesters as the Shia-led government faces a worsening political crisis.

Prime Minister Adel Abdul Mahdi resigned last week as deep anger over corruption and Tehran’s oversized role in the Iraqi government led to months of protests across the country. More than 400 demonstrators were killed and gunmen opened fire on Friday in a square in central Baghdad where demonstrators had gathered. The attack left 15 dead and 60 injured, reported The Associated Press.

“The Iraqis have paid a high and bloody price for the evil influence of the Iranian regime,” David Schenker, deputy secretary of state, told reporters in Washington.

The three militia leaders have long been known to US security officials.

They include Asaib Ahl al-Haq’s leader, Qais al-Khazali, and his brother, Laith al-Khazali. The militia, also known as the Band of the People of Righteousness, is reportedly receiving around $ 2 million in arms and money from Iran each month.

The brothers were detained by the U.S. military during the Iraq war, but the the militia flourished; his political wing, Sadiqun, won 15 seats last year in Iraqi parliamentary elections.

The third militia leader to face sanctions is Hassan Falah Aziz al-Lami, better known by his nom de guerre, Abu Zaynab al-Lami, who is a member of Kataib Hezbollah in Iraq. He oversees special forces and an intelligence agency that support Shiite paramilitary groups that have fought Islamic State and are backed by the government in Baghdad.

Mr. al-Lami is also in direct contact with Major General Qassim Suleimani, head of the Quds Force, the elite Iranian unit of the Islamic Revolutionary Guard Corps, who was in Iraq recently to discuss the protests.

Iranian-backed militias carried out years of deadly attacks on US troops during the Iraq war and, Schenker said on Friday, likely participated in a mortar attack Thursday on the sprawling Balad air base, in central Iraq, where American troops and contractors are stationed. . No one was killed.

The overlap of the Iraqi government with the Iranian-backed militias that back it poses a thorny dilemma for Baghdad’s next rulers.

The armed groups helped fight the Islamic State, replacing Iraqi government forces who were unable or unwilling to confront the terrorist group on their own after suffering devastating military losses in 2013 and 2014. Some of the groups have kept their distance from Iran, but others depend on the neighboring Shia government for their power.

Mr Schenker said all Iraqi officials who deal with the militia leaders who were penalized on Friday would face their own economic sanctions. (Sanctions were also imposed on at least two other militia leaders over the summer.)

He also did not rule out the possibility of imposing sanctions on some of the Iraqi government security forces who carried out bloody crackdowns on protesters.

The four Iraqis who were penalized on Friday have been charged with human rights abuses or corruption under the World Magnitsky Law, which allows the executive to impose economic and travel sanctions on foreign officials for such offenses.