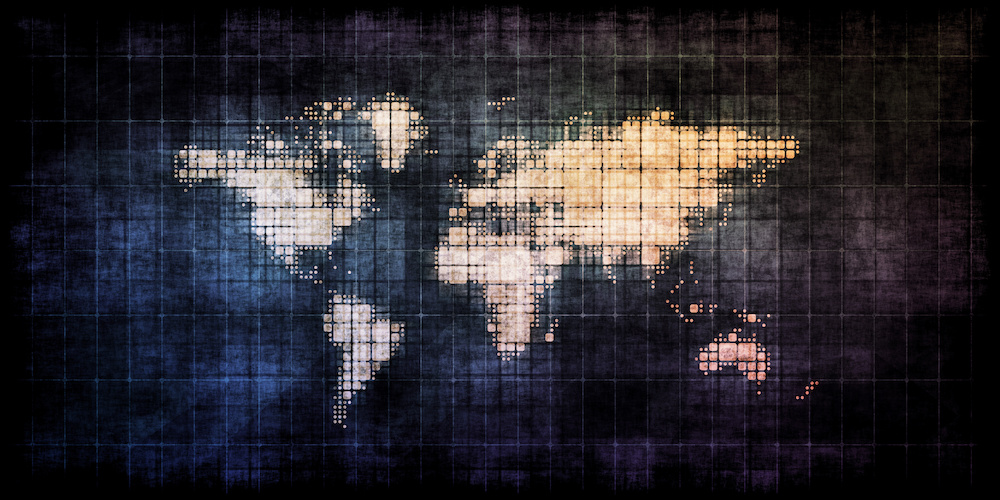 Why 2005 was a major turning point in the 21st century

Extract of Trouble: Hard Times in the 21st Centurywritten by Helen Thompson and published by Oxford University Press.

The dramatic nature of political events in 2016, from the Brexit referendum to the election of Donald Trump, encouraged much short-sighted political analysis. Each of these conjunctures marked an important turning point, without which the current political, geopolitical, economic and democratic world would be manifestly different. But they were part of stories that unfolded over decades, and the disruptive fault lines from which they emerged manifested in their effects as early as the mid-2000s.

In many ways, 2005 is when the world we live in first took shape. Neither in Washington nor in Beijing, Sino-American economic relations do not appear as a simple political fact. In 2005, when US carbon emissions last exceeded China’s, Democrats and Republicans were already blaming Beijing’s trade and monetary practices for costing US manufacturing jobs. Protectionist pressure in Congress forced China to formally reconfigure its exchange rate policy. Chinese leaders might still have viewed the trans-Pacific relationship as a net asset, but they were also already entertaining what would later become Xi Jinping’s most overt Eurasian ambitions. If energy security in a world dominated militarily by American naval power was the primary logic of Xi’s Belt and Road project, it was the second war in Iraq that first focused minds in Beijing on the vulnerability of the China in the Strait of Malacca. After persuading Russia to build an Asian pipeline in the same month that George Bush Jr prematurely declared an end to the war in Iraq, China, two years later, held its first joint military exercises with Russia.

In the Middle East, the American attempt to impose a new order was in disarray, but there was no path far from the region that an American president was likely to take. In 2005, the Sunni insurgency in Iraq gathered pace, ending Bush’s plan to withdraw from the country and ensuring that the 2008 US presidential election would become the first in a series focused largely on “wars”. eternal” of the United States. This American failure in Iraq was one of the reasons for the stagnation of crude oil production in 2005, just as demand for oil from China accelerated. As Mervyn King warned when that year he declared that the NICE era was over, the ensuing oil price shock led to serious economic problems. It also represented another geopolitical boon for Russia.

Meanwhile, in Europe, the world created by the end of the Cold War, German reunification and the Maastricht series of European treaties had begun to unravel. It was in 2005 that Dutch and French voters voted against the ratification of the EU Constitutional Treaty. Just wondering what would have happened if French voters had narrowly voted ‘yes’ in 2005 and Tony Blair had lost the referendum he had promised to organize shows how David’s decision-making Cameron, far from being an aberrant start, was the end of a story of undermining Britain’s democratic consent to the EU. Would there have been a re-reading of the history of Lisbon in France with all the consequences that this had on the French party system? Would the EU have been stuck with the Treaty of Nice, with the German and French governments agreeing that issues of consent could play out differently in a member state with no euro-denominated debt? Or if Britain had voted no in that hypothetical referendum in 2005, would that lost referendum have become a problem only for the British government – just as the role of employer of last resort would later become in a monetary union? to which he did not belong – and played an earlier Brexit?

In 2005, Germany had reached several turning points. Economically, the re-emergence of a long-term preference for export-led growth and a large trade surplus has left the Eurozone structurally divided, with deficit states stripped of the devaluation backstop that the ERM once had. provided. Democratically, the 2005 German elections ushered in the era of grand coalition politics: between 1949 and 2004, a grand coalition ruled Germany for less than three years; after the 2005 general election, a grand coalition had, by early 2021, ruled Germany for almost four years. Geopolitically, a reunited Germany was beginning to reshape the energy geography of Europe. In 2005, the government of Gerhard Schroeder signed the agreement with Russia to build the first Nord Stream gas pipeline, threatening Ukraine’s future as an energy transit state for Europe and diminishing the usefulness of Turkey as one. In the same year, Viktor Yushchenko became President of Ukraine and set about trying to gain EU and NATO membership while Turkey began EU membership talks.

As these plates turned, financial markets seemed detached from emerging geopolitical and economic risks. Monetary tightening might have put an end to NICE, but it would have virtually no short-term effect on credit conditions for financial companies. Eurodollar markets had become their own world, detached not, as they offered various opportunities for politicians, from politics, but from the ability of central bankers to manage a business cycle and discourage excessive risk-taking. It was not until August 9, 2007 that the mechanisms of the whole complex system of financing on which the banks depended collapsed in a dramatic way. From that day on, the international monetary and financial system ceased to function without the systematic support of the American central bank.

The fact that so many of the causes of the 2010s disruptions were in place before the 2007-2008 crash reflects the fact that so many of their deeper origins lie in the 1970s. ended, the oil shocks and the era of fiat currency began, a revolutionary regime took power on the eastern shore of the Persian Gulf, and Germany became dependent on Soviet energy. This is the decade in which Deng Xiaoping steered China towards international trade markets. In the United States, it was in the 1970s that the end of conscription marked the symbolic end of a form of American nationality, while revealing how politically difficult it was for the dominant world power to win wars. land in Eurasia. In Europe, it was in the 1970s that the first attempt at monetary cooperation was foiled by the economic power of Germany, that the First Italian Republic began to accumulate the debt that today weighs so heavily on the Second Republic, and that national referendums first became the means used to legitimize the EU as a constitutionalized order. It was also in the 1970s that Eurodollar markets began to stimulate dollar credit on a large scale.

That the latter parts of the 1980s and 1990s were largely interruptions in the intensity of these geopolitical and economic issues was largely a function of an energetic interlude. Low oil prices, aided by China’s last years of energy self-sufficiency, have resulted in low inflation and reasonably high growth. Soviet and then Russian weakness, along with Washington’s ability to first use Iraq to contain Iran and then air power to control Iraq, enabled the United States to exercise power in the Middle East. East while waging only a brief ground war to liberate Kuwait. Furthermore, the relative weakness of the German economy in the late 1990s and early 2000s meant that the early years of the euro were relatively conflict-free.

Of course, these largely benign conditions did not eliminate the disruptive capacity of some of the forces that began to move before the 1980s. systemic issues: at the turn of the millennium, the EU was a multi-currency union that contained a larger eurozone than Germany had ever anticipated with an offshore financial center located in the enlarged Union. Obviously, the EU also had a difficult long-term situation centered on the relationship between the treaties at Union level and national elections. In the United States, the fact that the 1992 presidential election was won with the lowest percentage of votes cast since 1912 and the protracted attempt by congressional Republicans to remove Bill Clinton from office by impeachment were the first indications of the path taken by the American republic. towards the consent of the weak losers.