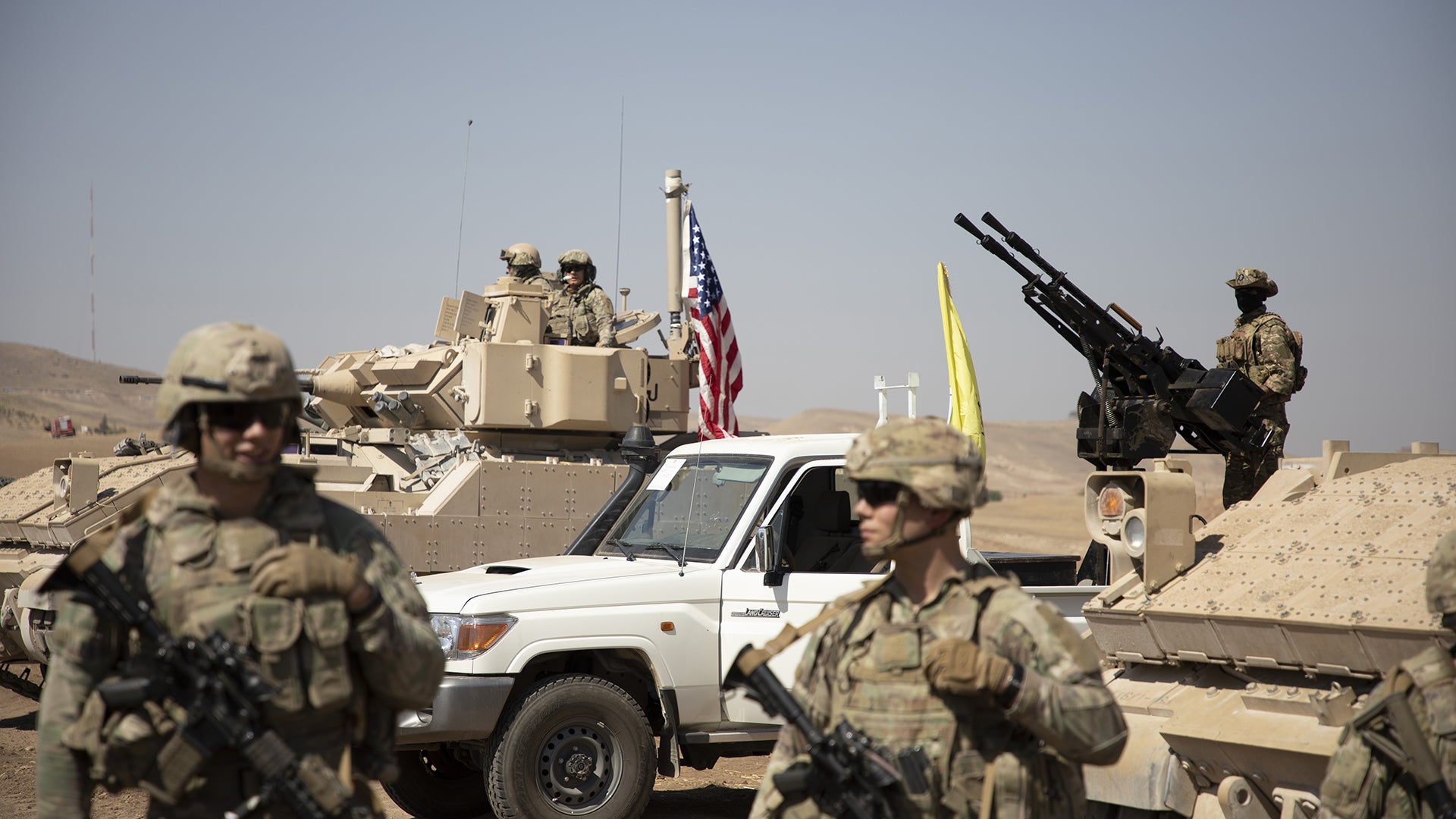 According to the latest quarterly report from the Chief Inspector General for Operation Inherent Resolve.

“Overall, compared to the same period in 2021, the frequency and severity of attacks claimed by ISIS have significantly decreased in Iraq, while attacks in Syria have increased significantly, marking a rebound from previous historically low levels from the previous year,” the report said.

Between July and September, ISIS carried out 74 attacks in Syria and 73 attacks in Iraq, the report said. Small cells based in rural areas have mainly carried out blitzkrieg attacks on local security forces as well as occasional high-profile attacks in towns.

While approximately 2,500 US troops remain in Iraq and another 900 service members are in Syria to help prevent ISIS from returning, the report cites several factors beyond the US military’s control that have rendered their mission more difficult, especially from third parties, such as Iran; political instability, particularly Iraq’s problems in forming a government; and socio-economic instability.

“In Syria, years of conflict and a collapsed economy have led to widespread displacement of civilians, and drought and the COVID-19 pandemic have increased an already urgent need for international humanitarian assistance, according to the United Nations Office for coordination of humanitarian affairs,” the report said. “During the quarter, there was an outbreak of cholera in Syria. Iraq also faces economic challenges as stabilization efforts continue, threatening political stability and creating environments that allow [violent] extremist groups to operate.

Subscribe to Task & Purpose today. Get the latest military news, entertainment and gear delivered to your inbox daily.

For now, the US military’s strategy seems to be to continue eliminating IS leaders. In February, group leader Abu Ibrahim al-Hashimi al-Qurayshi allegedly committed suicide along with his wife and children during a raid by US special operations forces in Syria. US special operators captured Hani Ahmed Al-Kurdi, a suspected Islamic State bombmaker, in June in another raid in Syria. And Islamic State leader Mahir al-Agal, described as “a senior leader of the organization responsible for planning attacks outside Iraq and Syria” in the IG report, said was killed in July by a drone strike in Syria.

It’s unclear what steps the US government might take to help address some of the political and socioeconomic conditions that ISIS and other violent extremist groups have taken advantage of to reconstitute themselves, particularly in Syria.

“The volatile political landscape in northeast Syria complicates the execution of the defeat of the ISIS mission, CJTF-OIR [Combined Joint Task Force Operation Inherent Resolve] said,” according to the report. “ISIS is exploiting operational ties between the warring parties and any pause in operations against the group creates opportunities for ISIS to exploit at-risk populations and regenerate its military strength.”

The US military’s mission in Iraq and Syria has been further complicated by third countries, including US adversaries Iran and Russia, as well as NATO ally Turkey, the report said.

Iran-backed militias carried out six roadside bomb attacks against US and coalition forces in Iraq, as well as a drone attack on the Al Tanf garrison in Syria, where US forces are based, and a failed drone attack on US forces at Ali al-Salem Air Base in Kuwait, according to the report.

Separately, Iranian officials claimed to have launched at least 72 missiles against Kurdish groups operating in Iraq, claiming they were planning anti-government protests in Iran, the report said.

Meanwhile, Turkish forces have continued to carry out military operations in Iraq and Syria, some of which have targeted the Syrian Democratic Forces, a predominantly Kurdish group of fighters fighting ISIS with US military support.

“SDF leaders have said that defending against Turkish operations compromises their ability to carry out activities against ISIS and forces the SDF to balance the competing priorities of the campaign against ISIS and the protection of their communities” , says the report. “Turkish President Recep Tayyip Erdogan’s threat of a full-scale military incursion failed to materialize after he failed to win support from Syria’s allies Russia and Iran.”

All of these factors help to explain how the US military and its allies managed to inflict severe damage on ISIS without completely destroying it.

Since the loss of its last enclave in March 2019, small pockets of ISIS fighters have remained spread across northern Iraq and Syria “where they occupy temporary hiding places in the countryside and are pursued by our partner forces,” said Maj. Rachael L. Jeffcoat, spokesperson. for Operation Inherent Resolve, Task & Purpose told Thursday.

ISIS has been able to fund itself through smuggling and other illegal activities, and the group has maintained its numbers by radicalizing prisoners and war-displaced civilians who live in camps, such as the People’s Camp. displaced from al-Hol in northeast Syria where Syrian Democracy Forces spent two weeks in September disrupting an ISIS network, Jeffcoat said.

By the end of September, around 54,000 people remained in the camp, mostly women and children, according to the inspector general’s report.

“While the ISF [Iraqi security forces] still need coalition support and guidance, the capability of our partner forces on the battlefield is steadily improving,” Jeffcoat said. “In Syria, conditions in detention centers and displacement camps are austere and history tells us they are ideal for extremist groups like ISIS to exploit and radicalize vulnerable people,” Jeffcoat said. .

With conditions in Syria and Iraq not expected to improve significantly anytime soon, the US military’s mission against ISIS is expected to continue for the foreseeable future.

The last on task and purpose

Want to write for Task & Purpose? Click here. Or check out the latest stories at our home page.