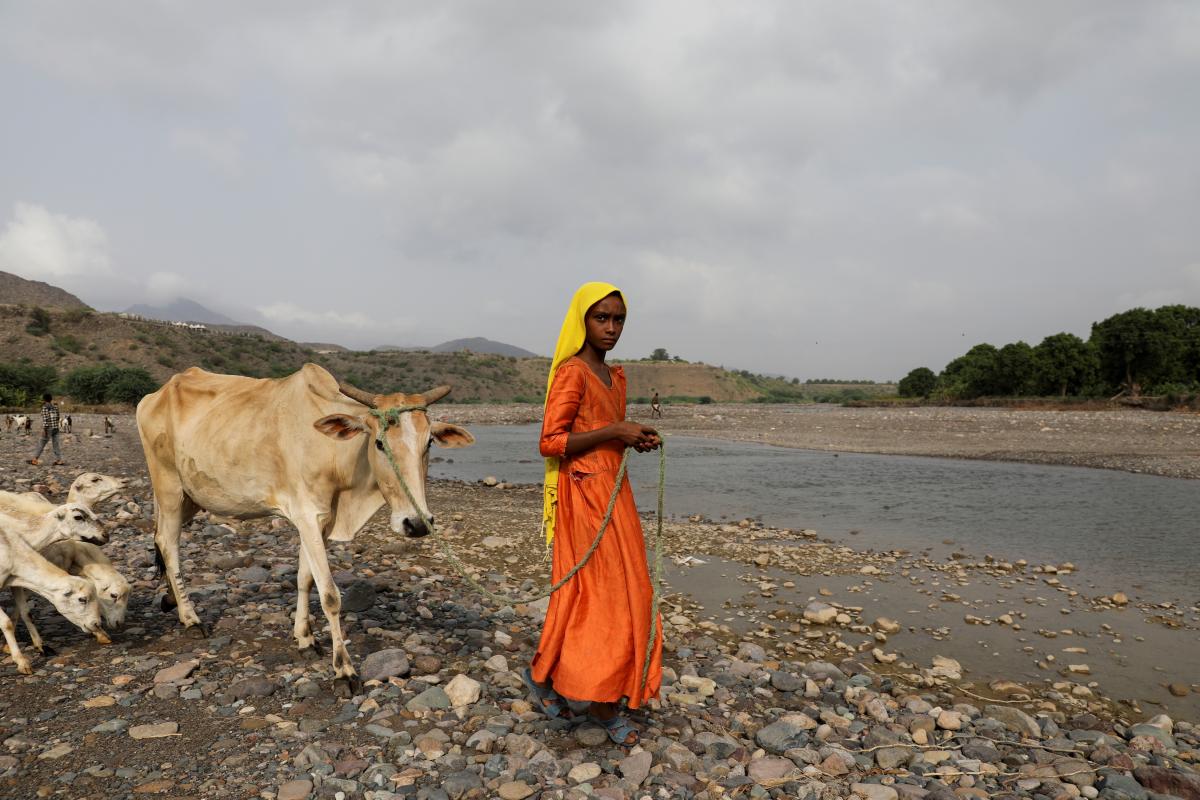 Yemen’s other war in Saudi Arabia

The war in Yemen left a quarter of a million people dead and billions of dollars in economic damage, leading some to dub it the world’s worst man-made humanitarian crisis. A vicious cycle of Saudi airstrikes and Houthi military offensives, coupled with a Saudi-led blockade and Houthi interference in the delivery of humanitarian aid, has exposed more than half of Yemen’s population to the famine and generalized communicable diseases. The conflict between a Saudi-led coalition and Iran-backed Houthi rebels, which began in 2015, is just the most recent episode in a long history of Saudi attempts to control and subdue Yemen’s economy and political establishment. For more than three decades, Saudi Arabia has waged an economic campaign to suppress its southern neighbor in order to prevent it from becoming a regional competitor. More recently, Saudi Arabia began canceling work visas for tens of thousands of Yemeni migrant workers, forcing them to return to a war-torn country amid an ongoing humanitarian crisis.

Saudi Arabia’s decision to expel Yemeni workers, while particularly heinous given the circumstances of their displacement, is part of a long-standing pattern. Since the establishment of the modern Saudi state in the 1930s, successive monarchs have feared the threat that a united, prosperous and democratic Yemen could pose to their rule, especially after the unification of North and South Yemen. in 1990. The Saudis found ways to foment internal divisions and weaken the Yemeni economy, including withdrawing work permits from guests and canceling foreign aid, on which the country depends. The Saudi decision to exclude Yemen from the oil-rich Gulf Cooperation Council (GCC) – a regional political and economic union – has also exacerbated Yemen’s economic collapse, adding to the political turmoil and governance crisis that have divided the country and led to civil war.

While it may seem premature to consider Yemen’s post-conflict future given the ongoing hostilities, it is arguably in Saudi Arabia’s interest not only to end its military incursion, but also to help consolidate its neighbor politically and economically. Decades of efforts to hamper Yemen’s development have failed to meet Saudi security goals of cultivating a weak and malleable Yemeni state. On the contrary, they only succeeded in generating a costly and volatile military conflict. The kingdom would do well to integrate Yemen into the regional economy and create legal avenues for its citizens to work in Saudi Arabia again.

Prior to 1990, the migration of Yemeni workers to Saudi Arabia and other Gulf countries led to an economic boom in their country, with these migrant workers sending remittances that funded local construction and development projects in the north. and southern Yemen. Northern Yemenis particularly benefited, as Saudi Arabia granted them privileged status, waiving the documents and sponsorship required of other migrant workers and allowing them relatively free passage to and from Saudi oil fields and construction sites. . Throughout the 1970s and 1980s, approximately 700,000 to 1.8 million Yemenis worked in GCC countries, which include the oil-rich Arab monarchies of Bahrain, Kuwait, Oman, Qatar, Saudi Arabia and the United Arab Emirates.

Almost all Yemeni households have benefited either directly from workers’ remittances or indirectly from the impact of the influx of money on local purchasing power and small-scale investment projects. Friends and families of migrant workers formed local development associations, grassroots organizations that pooled remittances and invested in rural development projects. The LDAs were notable not only for their ability to spur targeted development, but also for their ability to empower local leaders while insulating themselves from the whims of a largely corrupt Yemeni central government.

For more than three decades, Saudi Arabia has waged an economic campaign to suppress its neighbor to the south.

By the end of the 1980s, however, Saudi employers longed for a cheaper and more flexible source of labor and began to seek an alternative labor pool to replace the Yemeni labor force. . In its place, migrant workers from South and Southeast Asia became the fastest growing workforce in Saudi Arabia, in part because Saudi leaders considered them less likely to engage. in Arab or Islamist nationalist agitation.

Saudis’ fears about the example Yemen could set for the region peaked with the country’s unification in 1990, creating a multi-party democracy in a region ruled by family autocracies. In particular, the Saudis feared that its neighbor to the south would become a safe haven for opposition groups. To prevent this possibility, the Saudis sought to weaken the fledgling Yemeni state by helping it economically. And the Yemeni government, in an unfortunate misstep, aided this campaign after Iraqi President Saddam Hussein invaded Kuwait.

At the time, Yemen was on the UN Security Council, and its delegate voted against authorizing the use of force “by any means necessary” to liberate Kuwait from Iraqi occupation in November. 1990. This tacit support for Saddam’s regime emanated from Yemen’s long history of economic and military cooperation with Iraq – a relationship that was formalized in 1989 with the creation of the Arab Cooperation Council (ACC), an alliance of Egypt, Iraq, Jordan and Yemen and which presented itself as a regional alternative to the elitist GCC.

Yemen’s vote was, as US Secretary of State James Baker noted, one of the country’s costliest mistakes. The United States, the World Bank and the International Monetary Fund immediately halted aid programs in Yemen. Among the Gulf states, Saudi Arabia and other neighbors have revoked the special status granted to Yemeni migrant workers, effectively deporting 880,000 Yemeni workers. Although the expulsion was touted as a reaction to Yemen’s pro-Saddam stance, it was also the culmination of Saudi Arabia’s gradual transition away from a Yemeni workforce. The expelled migrants returned home with an estimated unemployment rate of 30 to 40 percent, without any alternative vocational training and without adequate housing, which resulted in a crisis of man-made refugees.

Yemen must be integrated into the economic fold.

The loss of remittances threatened the disintegration of the Yemeni economy. Fortunately, the discovery of oil in Yemen in the late 1980s and its development during the 1990s introduced a new source of revenue for the Yemeni state. The public treasury’s transition from workers’ remittances to oil revenues, however, has exacerbated existing socio-economic divisions and deepened deep inequalities. Yemen’s larger workforce has remained underutilized, disenfranchised and impoverished while a small segment of Yemen’s political elite profited from the windfall in oil revenues. In addition, rampant corruption and economic mismanagement meant that the already scarce public funds the government was distributing for social and economic development were often used for political patronage rather than for investment in infrastructure.

Economic desperation and a relatively porous 800-mile border with Saudi Arabia have led to large numbers of undocumented Yemeni workers flocking to the kingdom. Saudi officials largely turned a blind eye to migrant workers, who held jobs Saudi citizens did not want, but periodic Saudi crackdowns on illegal workers invariably targeted Yemenis. In 2013, for example, nearly 400,000 Yemenis were expelled in accordance with the kingdom’s new economic policies. Despite this massive deportation, years of gradual economic reconciliation and migrant flows had led around two million Yemenis to work in Saudi Arabia before the latest deportation order. Remittances from these workers amounted to $ 2.3 billion per year, accounting for 61% of Yemen’s total remittances sent from abroad. For a country with an estimated annual GDP of $ 20 billion, these funds play a disproportionate role, and losing this influx of money would be devastating for a country already in economic and political free fall. The ongoing Saudi-led blockade and the internal political and social repression of the Houthis have left the Yemeni people with few other options for regular employment.

Yemen must be integrated into the economic fold, and the process must begin even before a full ceasefire is negotiated and peaceful reconciliation takes place. Economic reconstruction funds could build on Yemen’s local development legacy, funding the same local development associations and other local organizations that emerged during the oil boom era of the 1970s and 1980s.

Yemen’s post-war economic recovery would benefit from the country’s formal membership in the GCC alliance. This would improve the labor crisis in Yemen by formalizing the work authorization process for migrant workers. With an unemployment rate of over 13% nationwide and over 25% for 15-24 year olds, Yemen faces an economic crisis that will persist well beyond the current conflict if immediate action is not taken. are not taken to consolidate its economy and its labor market. Reliable employment opportunities throughout the Persian Gulf region would pave the way for prosperity for Yemeni youth who might otherwise turn to extremist organizations for social assistance and financial support. This economic desperation is in part responsible for the Houthi movement, which emerged from a cloud of political and economic grievances motivated by unequal investments in infrastructure and widespread unemployment. Yemen’s future institutions will not survive – at least not without costly political or military intervention – if the country’s basic socio-economic problems are not addressed from the start.

Although Saudi Arabia has opposed Yemen’s previous efforts to join the GCC, the reality of the current conflict may have changed regional calculations. The security of the southern border with Yemen continues to be one of Saudi Arabia’s main concerns and was one of the main reasons for embarking on the ill-fated military campaign in 2015. Despite spending $ 100 billion dollars for the war in Yemen, the southern border is far more dangerous than six years ago. Shifting to a strategy that instead supports Yemen’s economic development in the short and long term could potentially foster this elusive stability, without giving rise to further bloodshed and humanitarian crises.